If the government wants economic growth, then there is a huge contribution that our industry can make to this agenda by building more social housing. The country’s chronic shortage of affordable housing is hardly a secret. Quite simply, not enough people have the security of a decent home. 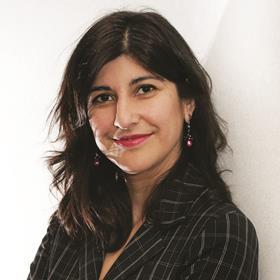 We are only building about a third of the affordable rented homes we need, and meanwhile, waiting lists grow, local authority bills for temporarily housing people increase, the housing benefit bill gets bigger and people’s lives are put on hold.

These are uncertain economic times. Smart approaches are vital to spur the growth the government so keenly desires. A long-term plan that truly grasps and addresses the scale of need for affordable homes would not only help tackle waiting lists and overcrowding; it would also provide a massive stimulus for growing the economy.

The work done at housing association MTVH generates almost £600m per year in contributions to the economy and savings to other public services. Construction and maintenance activity generates £250m of this, meaning that across MTVH’s annual activity it is producing economic gains and savings to the public purse of almost £19,900 per home.

Meanwhile, the construction of 39,432 new affordable homes in 2019-20 is thought to have added an estimated £2.2bn to the national economy. The same study suggests the development of 50 affordable homes in Herefordshire could add £2.4m to the local economy and support 45 full-time jobs.

Over the past five years, just 31% of the affordable homes that are required were built, with the figure growing to 59% of all new-build homes that are needed.

While the most recent affordable homes programme is, of course, welcome, with its stronger focus on delivering homes at the most affordable tenures, which are in most demand, just 18,900 homes were delivered through grant funding in 2020-21. This compares with 56,115 in 2010-11. Clearly, this trend needs reversing, and quickly.

We know former prime minister Liz Truss was no fan of housing targets. Also, the question of where new homes should be built is clearly a political challenge. However, the new prime minister would do well to recognise not only the social or moral imperative of building more affordable homes, but also the economic contribution it makes.

In the pursuit of growth, there is no better place to start than by increasing the number of affordable homes being built. What is required is coherent and effective policy to drive this effort.

Research from the G15 group of London’s largest housing associations and real estate firm Savills has found that 60,000 new affordable homes could be delivered each year if the right policy support is in place.

With the economic landscape in flux, a firm government plan to deliver a significant increase in affordable housing would be a significant step towards stability and ultimately growth.