Soft cell: the Amsterdam prison being transformed into flexible workspace

Prisons are not designed to be the most welcoming of buildings - not when they are being used for their intended purpose, anyway. Once they have come to the end of their natural lives, it is another matter. 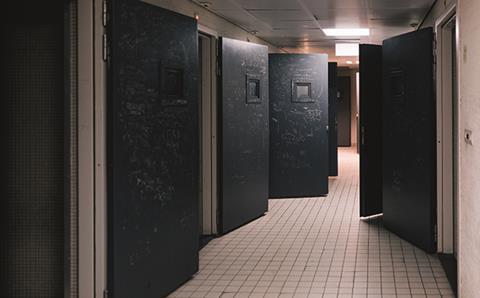 Over the past few years, several prisons have been redeveloped into hip cultural spaces. In Berlin, a former Stasi prison has been converted into arts centre the Berlin-Hohenschönhausen Memorial. In the US, the Lorton Reformatory in Virginia has been transformed into a cultural arts centre with unique studio spaces. And now, in the Netherlands, the defunct Bijlmerbajes jail in Amsterdam Oost is being reinvented as a cultural centre and flexible workspace for start-ups.

Property Week visited Amsterdam to find out why so many people are breaking into the prison market.

One of the key drivers is availability - or lack thereof. At the moment, start-up space in Amsterdam is in huge demand, but city centre office space is limited and is being squeezed by developers transforming existing offices into hotels or residential.

While at some point the plan is to redevelop the Dutch site, the municipality government realised it could offer a temporary solution when the prison closed last year. It hit upon the idea of creating a low-cost workspace and commissioned civil organisation LOLA (Leegstand Oplossers Amsterdam), which specialises in repurposing empty spaces, to take on the project. 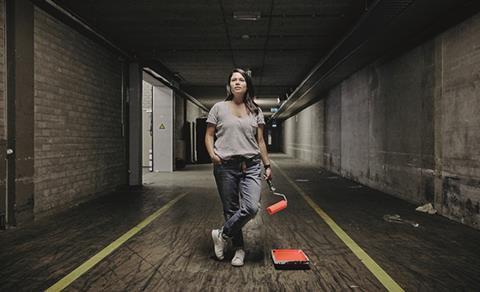 The defunct Bijlmerbajes jail in Amsterdam Oost is being reinvented as a cultural centre and flexible workspace for start-ups - Source: Zoal Feqar Mohammad/Jur Oster

Originally built in 1978, the Bijlmerbajes complex consists of six residential towers and a central front building formerly used as offices, a visitor reception and prisoner processing rooms. It is this area, totalling almost 9,000 sq ft, that has been renamed Lola Lik - ‘Lik’ is Dutch slang for ‘prison’ .

From the outside, Lola Lik looks like a standard correctional facility. Visitors only get a sense that something else is going on when they notice the two trendy food trucks parked on artificial grass in the entrance to the courtyard. Venture further into the scheme and the full extent of the physical transformation becomes apparent. The prison’s outer walls have been covered in giant multi-coloured murals by one of its occupants, the Favela Painting Foundation.

The artists have created a similar mural on the side of one of the residential towers, which now house refugees - Lola Lik volunteers offer free training to help them restart their careers and get back into work.

On the commercial side, the emphasis is on providing workspace to start-ups, with space ranging from 215 sq ft to 645 sq ft. Even though Lola Lik is only a temporary space - the prison is currently on the market and five investors have tabled ideas for the site, ranging from the creation of housing to a hotel - 70 small businesses have already signed up. 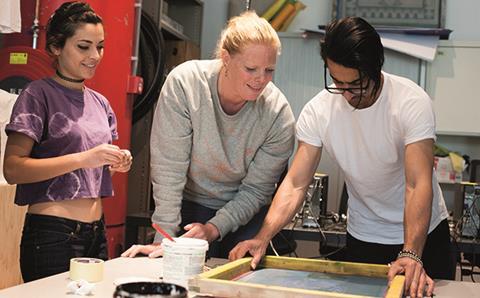 Lola Lik volunteers offer free training to help refugees restart their careers and get back into work - Source: Refugee Company

However, it is not just a case of putting your name down and handing over the money. Tenants must agree to engage with the refugee users, from collaborating on projects to offering skills workshops.

I like that there is co-operation here. I can get involved with projects - Casper Hoppe, collaborator

Maria Gomez, Lola Lik’s liaison manager, says the philosophy behind the project is to enable people to connect with each other.

“We want to encourage collaboration among the different types of users, so the space develops a synergy that attracts more like-minded people,” says Gomez. “This space is about integration but also celebrating diversity, and we’re looking forward to the many projects that will come out of that.”

One collaborator is Casper Hoppe, who runs an executive search recruitment company. Hoppe says he was attracted to the scheme because it goes beyond simply offering space to work in.

“I like that there is a feeling of co-operation here,” he explains. “I have looked at space in the city centre and not only is it expensive but it lacks a feeling of coming together. When I have downtime, I can get involved with projects here. Here you get out what you put in and that’s a great feeling.”

Lola Lik uses elements of the building’s facilities cleverly. There is a start-up food business operating from the canteen, and the study areas once used by prisoners have been refurbished, with modern art placed on the walls to make them more welcoming places for people who need a quiet space to work. Some of the cells are even being repurposed as spa facilities. 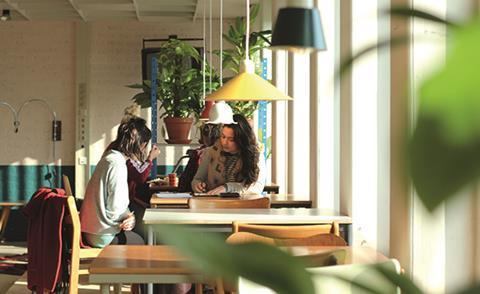 In one of the offices next to the canteen sits Sari Ekminas, a Syrian journalist formerly from Damascus, where he worked for English-language publications. He has set up his own news agency and his space is warm and cosy, with bright rugs on the floor.

“In Syria, I was writing daily features about the different aspects of local life,” says Ekminas. “This space has allowed me to continue my career and to connect with new people. This is a positive space and so far there has been a really good response to it.”

Although the future of the site has yet to be determined, Lola Lik should leave a lasting legacy. The Dutch capital’s municipality could do a lot worse than make this temporary solution permanent.