With the awful events unfolding in Ukraine, it is perhaps strange that the wheels of government continue to turn in what are clearly less important areas. 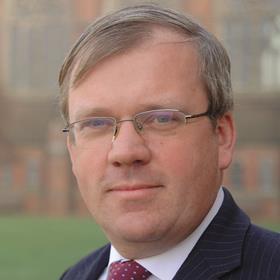 However, after more than 1,000 days, there has finally been a response to the Augar Review of Post-18 Education and Funding, which was originally published back in May 2019.

The general view from universities seems to be that the government’s published strategy is not as bad as it could be. The government clearly wants to lower its contribution to the cost of higher education but has limited levers. Lowering student numbers at the very time when the 18-year-old population is set to grow significantly would be politically unacceptable. So, their options are limited to charging less or making students pay back more.

For universities, the feared undergraduate tuition fee cut to £7,500, as recommended by Augar, will not happen, but it will be frozen at £9,250 until 2025. By then, this figure will therefore have been in place for seven years and with inflation at 6%, it doesn’t take a rocket scientist to work out that this is a significant real-terms cut in funding for universities, particularly those teaching institutions that rely heavily on tuition fees.

Going forward, new students will pay back more. The changes to funding will only affect students starting from 2023, who will benefit from the highly publicised lower interest rates that they will be charged on their loans, compared with those on the current system.

However, this is completely offset by the fact that they will start paying back at a lower level, when earning more than £25,000 (compared with £27,295 for those on the current loan scheme) and any outstanding amount will be written off after 40 rather than 30 years – the new scheme really is in everything but name a graduate tax.

How will universities respond? In all likelihood, there will be an even heavier focus on international students because of the higher fees, but potentially from new regions, moving away from the reliance on China. The recent increase in Nigerian students is just one example. 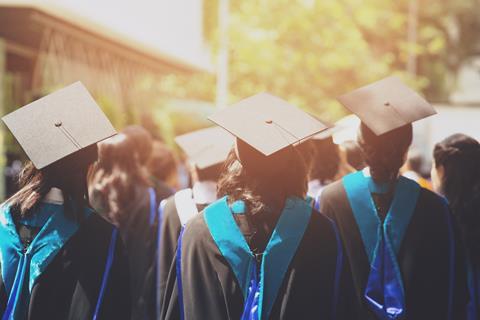 These new regions, coupled with a re-emergence of India, mean that tomorrow’s international students may not have the same accommodation needs as has been the case in the past. Affordability, which has always been a concern for some UK and postgraduate students, may become a demand for an increasing proportion of international students.

Change could also result on the academic side, where some universities may have to think innovatively around their campus development plans and seek to involve the private sector.

The one major omission for the government statement on Augar’s recommendations was in relation to the maintenance loan, which is supposed to cover a student’s living costs, a major proportion of which goes on rent. The silence on this aspect in the government’s statement was deafening.

Augar was very clear in stating that the maintenance loan should be linked to the national minimum wage based on a 35-hour week. That means the maximum maintenance loan today would be around £1,200 per year higher than the current £9,488 figure. This, though, is the maximum loan figure, which few students receive as it is accepted that there should be a parental contribution, which is means-tested. The maintenance loan figure is reduced if the student’s household income is above £25,000 – a figure that has not changed since 2008.

There is also no comment on Augar’s recommendation that “the Office for Students should examine the cost of student accommodation”, which is one piece of good news, as an OfS review of anything rarely brings good news.

Silence on the maintenance loan gives the impression that it is all too difficult, which is probably the case as no major studies on the cost of students studying at university have been undertaken since around 2013.

The government would argue it is implementing a sustainable funding model for universities, but it must do the same for all students and ensure that they can afford to live as well as pay for their tuition. Such funding must take into account student expectations in terms of standards and also the escalating costs that all PBSA providers face, particularly in terms of build and energy costs. Merely stating that student rents are too expensive is not a solution to the problem of affordability.