Beds and sheds: a capital idea?

There has been lots of talk about ‘beds-and-sheds’ developments over the last few years. Some people believe beds-and-sheds schemes can help address the housing crisis and also the rising demand for logistics facilities in urban locations, particularly in major cities like London. 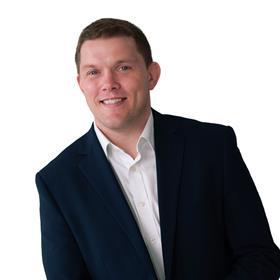 But for all the talk, little has been delivered. Regal London aims to change all that. At the moment, the company is in the midst of two large-scale beds-and-sheds developments at Orchard Wharf and Wembley.

Property Week caught up with Steve Harrington, planning director at Regal London, to find out the challenges of delivering this type of scheme.

Regal London is a privately owned residential and mixed-use developer, which is just over 20 years old. It works exclusively in London, partnering with plcs, housing associations, affordable housing providers and landowners across the whole lifecycle of development.

Its first development was completed in Hampstead, north-west London, in 1999. Since then, it has delivered more than 2,000 residential units. The company’s largest development to date is Orchard Wharf – a £500m waterfront scheme. It submitted planning last December to deliver 826 flats and 88,000 sq ft of last-mile logistics warehousing and office space in addition to 1,450 sq ft of flexible commercial space.

The layout of the scheme has been carefully considered to ensure there is minimum disruption to residents. The logistics space is located on the ground floor and the warehouse roof will be covered by a half-hectare residents’ garden. 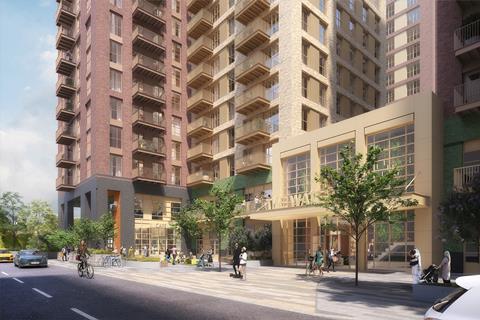 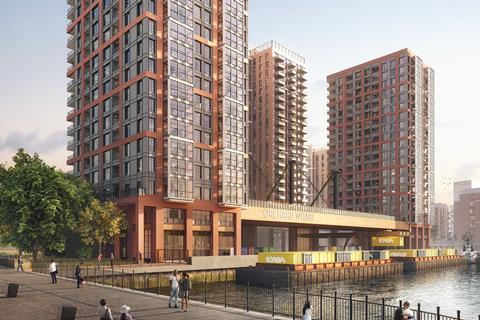 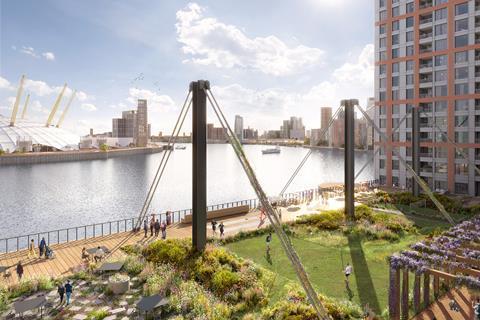 “The industrial is wrapped in its box, so to speak, so you end up with larger transfer slabs and anti-vibration measures,” explains Harrington. The transfer slab is so sizeable “there’s enough depth for you to plant trees and greenery above in the garden”.

He adds that although residents and commercial occupiers share the space, “they’re independent of each other in terms of their interactions”. So for instance, the vehicle route for the logistics facility is separate to the main residential entrance.

Similar considerations have gone into Regal London’s £270m Wembley scheme, which will deliver 759 homes and 30,000 sq ft of logistics space on the ground floor. The company acquired the site in December last year. It was formerly the headquarters of Euro Car Parts and had a 59,000 sq ft warehouse on it. Planning was submitted last month.

Regal London hopes to make a start on site next year, with the first residents moving into the scheme in 2025 and works fully completed by 2027.

The city clearly needs beds-and-sheds development, but what about when supply of land runs out?

“With Wembley, because it had prior industrial use on the site, the local council still wanted to maintain at least some of that while [also] prioritising residential,” says Harrington.

“This is the new normal for large parts of the city. Single-use areas aren’t available anymore. Battersea power station, King’s Cross – there’s mixed-use in all these things.

“Inevitably, working exclusively in and across London, most of what we do has an element of mixed-use to it. Whether it be on a high street or an industrial site, you might have shops, office space, hotel uses; so that creates the mix. That’s why we’re aware we need to be a mixed-use developer.”

The company has plenty on its plate at the moment but is always on the lookout for new opportunities, particularly for beds-and-sheds schemes. When asked where a good prospective site to deliver this type of development would be, Harrington lists Park Royal, North Acton, Olympic Park and Hackney Wick.

But there is one inescapable issue facing Regal London and other developers keen to explore beds-and-sheds projects and that is the finite amount of land in the capital. Given that the pandemic has driven up demand for last-mile logistics space and London’s housing crisis continues to worsen, Harrington believes the government and local authorities may need to take a more lenient view of the designated use of some sites.

“The city clearly needs beds-and-sheds development, but what about when supply of land runs out?” he says. “Maybe some of the boundaries, such as the green belts and inner metropolitan open land, will have to be reassessed. But that’s an issue on a much larger scale.”

The availability of suitable land and the associated shortage of last-mile logistics and residential space in London is not going to go away any time soon, but at Orchard Wharf and Wembley, Harrington and Regal London are doing their bit to make up the shortfall.