Brexit: remain and get the best deal

Editor: I write in response to some of the claims Richard Tice made in his letter supporting his view that the UK should leave the EU for our economic benefit. 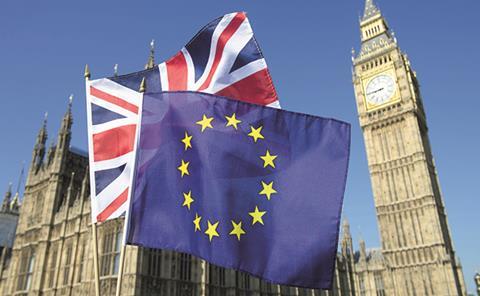 While housebuilders may have been “making money like bandits”, that is due almost entirely to the government’s ill-considered Help to Buy schemes. Volumes were up to 153,330 to June 2017, an 11% increase on the previous low year to June 2016, and still a 50% shortfall on what is needed. The Halifax Index reports house prices fell in March 2019 by 1.6%.

Many industries and service providers are now struggling to find labour. A recent study by Arcadis predicts that the construction industry, which currently needs to recruit more than 400,000 people each year, will lose out on between 136,000 and 214,000 EU workers, depending on whether Brexit is ‘soft’ or ‘hard’. The NHS shortfall of doctors and nurses, as a consequence of Brexit uncertainties, is at crisis point.

While employment is at record highs, the shortage of labour due to immigration concerns is now having a negative impact on our economic growth.

If, as Tice claims, European investors spent double in the UK property market in 2018 in comparison with 2016, that is most probably due to sterling’s collapse in value against the euro. Overall foreign direct investment in the UK crashed to an estimated £19bn in 2018 from £220.5bn in 2016; “money pouring into various sectors” is not a description most of the property agents’ decimated investment teams would recognise.

However, exiting the EU would not just be economically disastrous for the UK; it would also have dire consequences for our culture, politics, international standing, global influence, soft power status, internal security, domestic racial harmony and defence forces.

Tice says nothing about the EU’s finest achievement to date: preserving peace for almost 75 years among the major European nations – the longest sustained period of peace in more than 2,500 years of recorded European history. This is a prize of far greater importance than the debatable levels of our economic performance, whether we stay or go.

I concur with Tice’s final point that “no deal is always better than a bad deal”. The solution is to do no deal and remain, thereby retaining the best deal, with the unique concessions John Major secured at Maastricht, of our own currency, with opt-outs from Schengen and the Working Time Directive, together with all the other advantages of EU membership that have transformed our economy and quality of life over the past 40 years.

For those it might interest, my paper, Ten Reasons Why Brexit Must Be Stopped, can be found online and elsewhere.