“We announced fantastic results, our order book went up strongly, we increased the land bank and our net cash position soared. And guess what? Our shares went down.” 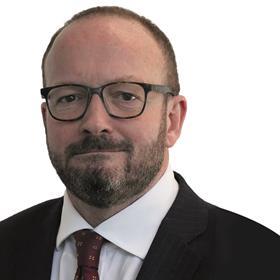 That was part of a rather jolly recent conversation over a few beers with the CEO of a rather large housebuilder. No doubt his peers have expressed similar bemusement. Despite (or perhaps largely because of) the pandemic, big housebuilders have rarely had it so good. Demand is high, prices are booming, developers are swimming in cash and, perhaps most noticeably, some of the groups traditionally more measured in their output growth have increased their rate of building.

Yet their shares have come off the boil, having rocketed straight after the first lockdown ended. Notwithstanding a bit of a recovery over the past week or so, the market cap-weighted index of the largest housebuilders has fallen by over 12% compared with their 12-month peak in April, despite private equity buyers stalking the sector.

Bosses shouldn’t be too downhearted. The lull follows a near doubling since the nadir in April 2020, when the sector plunged by more than half in just two months as the enormity of Covid dawned. But there is a sense that housebuilders’ shares – always more volatile than the wider stock market – are in the process of a moderate ‘de-rating’.

Investors value shares not by today’s conditions, but what appears to be on the horizon

There are several likely reasons, some industry-specific, others out of its hands. It’s a long-standing truism that investors value any shares not by looking at today’s conditions, but what appears to be on the horizon. The immediate concern is input cost inflation, with huge rises in timber, steel and other building material prices as well as increasingly competitive bidding for new land and the parallel worry about shortages.

This has sparked investors’ fears – largely rebuffed by company directors – that margins will come under pressure. The riposte is that house price inflation will counteract rising input costs. I’m not so sure, but margin compression should be moderate and possibly temporary if builders reflect higher costs in lowering their bid prices for land. 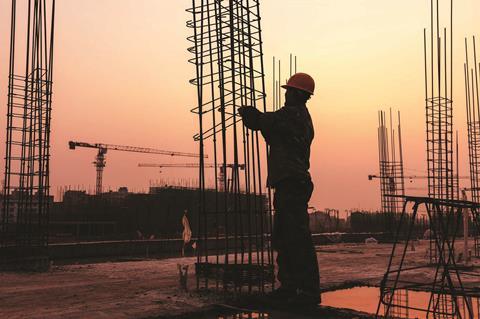 But the fear of inflation has a more fundamental impact on housebuilders’ shares than any immediate drag on profitability. Few parts of the stock market are as sensitive to the threat of interest rate rises as housebuilders – or the interdependent banking sector.

There is little evidence that rates will rise soon, although members of the US Fed have voiced fears, cryptically, about inflation. Central banks, whether more or less independent from politicians, would have to contend with the impact of rate rises on fragile economies and governments often secretly relish the illusory prospect of inflation reducing their (now vast) debts. So, it is not feasible that the cost of money will soar. Therefore mortgage borrowing costs shouldn’t rise enough to stifle home buying.

But there is a wider impact. The cost of capital, which underpins valuations, is partly driven by the ‘risk-free rate’ – generally that of 10-year government bonds, which are sensitive to inflation prospects; when they are rising, there is downward pressure across equities and most other investment classes, including property – which has been soaring since the financial crisis, fuelled by low or negative rates and quantitative easing.

A more prosaic rationale for the housebuilders’ underperformance, and little to do with their prospects, has been a relative lack of ‘liquidity’ (spare cash) on the part of the fund managers who invest in shares. There’s been a tidal wave of initial public offerings – 54, worth £53bn, so far this year, including digital bank Revolut – and investment managers have been under pressure to follow the pack. They must sell something. Why not shares in less sexy housebuilders that have doubled and rationalise the decision on inflation? The market’s taste has – for now – turned to the frothiest of Champagne, rather than the best bitter favoured by housebuilding CEOs and analysts.