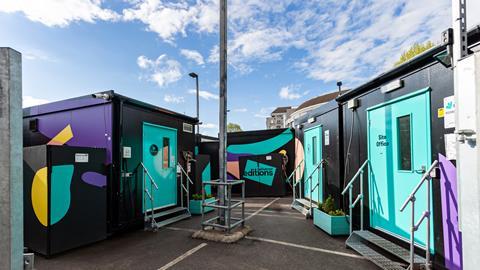 Online food delivery companies like Just Eat and Deliveroo have become some of the fastest growing and most successful tech companies in the UK by cashing in on our hunger for takeaways.

To meet this rapidly increasing demand, some of them have started putting kitchens on light industrial sites away from the high street. These ‘dark kitchens’, which are not accessible to the public, are designed to make food purely for home delivery. Property Week spoke to a range of industry experts to find out whether the dark kitchens trend will really take off.

There is no doubt that demand for food delivery is on the rise, particularly among well-heeled young professionals, who are turning away from home cooking.

“In New York, it is common to have flats without kitchens,” says Matt Ashman, head of leisure and restaurants at Cushman & Wakefield, who believes the UK is heading in the same direction.

However, it is not always easy for the likes of Deliveroo and Uber Eats to provide what their customers are looking for. In some areas of high demand, there is not a great range of restaurants and some popular ones may not have the capacity to deal with a flood of online orders.

To improve choice, some delivery firms are turning to dark kitchens, which typically require 6,000 sq ft of space to serve five to six branded eateries, according to Savills industrial director Bridget Outtrim.

The space for these kitchens is often sought in towns with big student populations and areas populated by young professionals. There is also a demand for dark kitchens in “locations where there is not a definitive high street”, says Cushman & Wakefield’s Ashman.

Patrick Weiss, senior manager of global property at Deliveroo, cites the Battersea Deliveroo Edition as a prime example of a successful dark kitchen. “It is a great location for delivery-only kitchens: restaurant supply is low in the area and there is a large population of young professionals.”

Matt Maynard, director at Lunson Mitchenall, agrees with this and envisages that this trend will continue in “particularly affluent residential areas or where there is a high density of students living in close proximity”.

With several restaurant brands struggling on the high street and requesting rent cuts, taking rent-free space in a Deliveroo dark kitchen is an attractive prospect. Eateries need only pay commission on each food delivery order when they use Deliveroo Editions and each kitchen is designed by the restaurateur that uses it.

Weiss claims that Deliveroo’s Editions’ business model is being “replicated by other food businesses”. 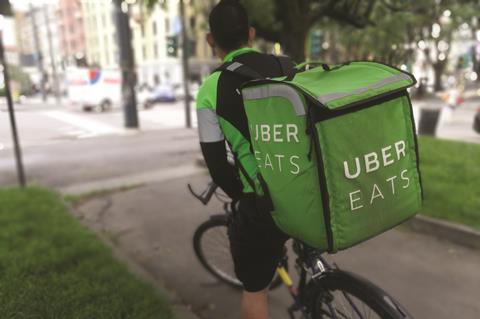 Although an Uber Eats spokesperson tells Property Week that it is not looking into opening dark kitchens, Uber’s co-founder Travis Kalanick, who no longer works for the company, certainly is. He has recently bought more than 100 dark kitchens in the UK through the acquisition of start-up FoodStars. Other businesses are also starting to look into the idea. Nando’s has opened two Nando’s Ninos in Twickenham and Fulham, which are primarily designed to supply food for takeaways.

Georgia Pirbhai, senior surveyor in Colliers International’s industrial and logistics department, describes these as a “hybrid between a dark kitchen and a restaurant”, with a small space allocated to eat-in customers and a large kitchen to service delivery customers. The two Nando’s Ninos are a test at this stage, but the company is looking into expanding the concept.

Meanwhile, McDonald’s recently opened its first delivery kitchen in Hanworth, west London. A spokesperson for the fast-food giant says the dark kitchen will “help nearby restaurants meet the demand from McDelivery orders”, adding: “The kitchen looks and feels exactly the same as all our other kitchens up and down the country. The opening is part of a wider trial to test different restaurant formats.”

While the fact that companies such as McDonald’s and Nando’s are looking into dark kitchens shows that the idea has legs, some experts argue that there are challenges ahead.

Cushman & Wakefields’ Ashman notes that there are several things to consider when opening a dark kitchen. In the same way that beds and sheds can appear to be conflicting sectors, an industrial kitchen may not seem the most obvious fit with other property uses.

For example, developers must consider how to deal with the smells different foods would create; how council planners will react to them; how to maintain food hygiene in a light industrial environment; and how surrounding communities will respond to a sharp increase in delivery drivers in the area.

Dark kitchens may also place a burden on local restaurant businesses by increasing competition, as people may be less inclined to eat in a restaurant when they can order food using a delivery app at prices that are usually lower.

Wright says one of the hindrances occupiers have when opening a dark kitchen is its “negative image”, which “has led to planning enforcement notices and public rejection”.

Deliveroo’s dark kitchen in Swiss Cottage is one place where there have been concerns about disruption to local residents and businesses. The council received several complaints about delivery drivers loitering, noise pollution and concerns over the impact the dark kitchen was having on local businesses. However, following a planning inquiry in July, the inspectorate ruled in October that the kitchen could stay open if drivers stopped using mopeds.

Weiss says the company expects to receive these sorts of complaints and tries to address them before they come up. He adds that Deliveroo Editions “protects the business by selecting partners, products and suppliers who demonstrate the highest standards of food hygiene and have proven records of compliance”.

He says it only selects companies that have demonstrated an “improvement in results on the compliance scores, including EHO star ratings in the UK and equivalent scores globally”. 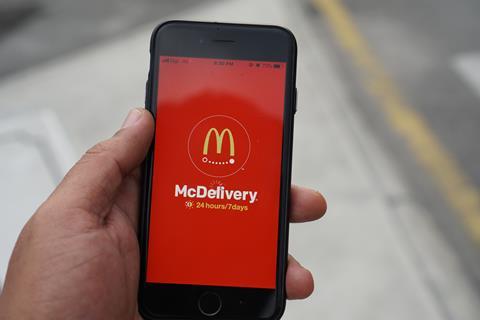 Food for thought: McDonald’s recently opened its first delivery kitchen in Hanworth, west London; while Uber says it is not looking into dark kitchens

However, finding premises for dark kitchens can be difficult, because “planners are less welcoming of this idea in residential areas”, according to Savills’ Outtrim.

Outtrim thinks that housebuilders in particular need to recognise that dark kitchens will have to co-exist alongside their developments because of changes in the way young people live.

“They will continue ordering in their cooked and pre-prepared meals and, as that trend continues, it has to be supported by commercial property,” she says. “The sector should be accommodated in mixed-use schemes and developers need to think about how they will service the requirements.”

Although it may seem novel, the idea of industrial kitchens is not entirely new. There are many hubs, such as Park Royal, that host commercial kitchens, with the only difference being that the food made there is for catering purposes, says Outtrim.

However, dark kitchens do pose their own idiosyncratic complications for local authorities and developers alike. These will need to be worked through if dark kitchens are to take off in the way that the ever-growing demand for food delivery would suggest they could.