As a former planning officer, I know the difficulties that boroughs have in meeting affordable and market housing delivery targets, creating genuine mixed and balanced communities and persuading developers to adopt an ‘open-door policy’ for local existing communities and groups. 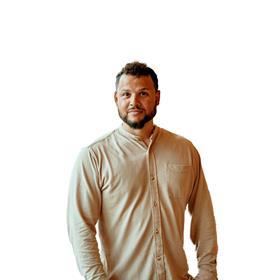 According to Savills, there is demand for 725,000 new co-living units across the UK, with London needing 160,000 co-living homes. Money is a key reason behind the high demand for co-living: Savills says that far from co-living being rich kids’ playgrounds, co-living rents are 20% lower than the all-in cost of living in other private rented sector accommodation.

For many tenants, being part of an inclusive, vibrant community with access to high-quality building amenities, and everything included in one simple monthly payment, is far more compelling than living in a Victorian shared house with a communal bathroom.

Sadly, the draft planning guidance has been written in a way that takes into account very few of the lessons the co-living world has learned in the past five years. Its over-prescriptive form – covering everything down to the number of cooking hubs and microwaves for private and communal spaces – lacks the agility required to ensure co-living can keep pace with changes in the way we live and work in London.

It is worrying that this top-down approach is going to stifle the evolution of the product and offering and, more worryingly, result in inefficient buildings, causing higher rents for future residents.

Co-living developers including ARK, Scape, Greystar, Watkin Jones, Gravis, Balance Out Living, Amro and Node jointly responded to the first round of consultation on the new guidance through the Second Generation Shared Living Consortium in March 2022.

With no response from the Greater London Authority (GLA) now expected until early next year, having been delayed in August and October, it could be a cold winter for the sector as it waits to see how the GLA responds to the submission and evidence base.

One of the most important lessons from the past few years of the pandemic has been a shift in priorities as people now want more meaningful connections, to be insulated from the cost-of-living crisis and to support companies that actively give back and prioritise social impact.

For these reasons, we truly hope officials in London choose to adopt an open mind on the role that sui generis co-living can play in city living and creating inclusive communities; and be fair in their forthcoming summary report and planned revisions to the draft design guidance.

The ULI and JLL European Coliving Best Practice Guide, published in October, also reiterates the need for a considered rather than an over-prescriptive approach. The guide says co-living schemes should “adopt a more targeted approach to amenity provision to avoid overwhelming residents, maintain operational efficiency and reduce costs”.

The pandemic, with its numerous lockdowns, has highlighted the value of human connection and how lonely it can be in London when no one is on the other side of the front door to welcome you home; the challenges and difficulties of sofa surfing; living in houses in multiple occupation without your own private bathroom; and having nowhere to comfortably work from home.

Co-living is here to stay in cities in one form or another. However, whether the second-generation co-living models in London will primarily exist in the form of community-centric, build-to-rent neighbourhoods, flexible hybrid short- and long-stay hospitality products or purpose-built sui generis shared living remains to be seen.

The sector will undoubtedly respond to emerging policy and guidance – and take heed of the government’s push for economic growth – in its quest to create community-centric buildings and experiences for a forgotten generation in the capital.