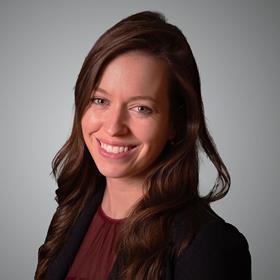 In this case, the tenant had left the property empty but devoid of essential fixtures and fittings. The issue was whether the tenant had given vacant possession on the date that the break notice served under the lease expired.

The tenant served notice to terminate the lease on 12 November 2017. Before the break date, the tenant carried out significant stripping-out works including removing ceiling grids, ceiling tiles, window sills, fire barriers, radiators and lighting. The tenant had been negotiating with the landlord to reach an agreement as to its liability for dilapidations concerning the state and condition of the premises.

However, no settlement was reached before the expiry of the lease, and on the break date the tenant returned the keys to the landlord.

The High Court found that the lease continued because the tenant handed back considerably less than “the premises” as defined in the lease, and therefore had not given vacant possession. However, the Court of Appeal found in favour of the tenant, in a decision tenants will welcome as it takes us back to where we were prior to the High Court decision – ‘if in doubt, take it out’.

The decision confirms that a tenant can still comply with a vacant possession condition by taking out more rather than less from the property. However, this gives a rather simplistic view on a matter that is subject to a wealth of case law in the opposite scenario – where a tenant leaves goods behind – and while the outcome of this case ultimately came down to a question of construction of this particular lease, it could result in tenants adopting a more brazen approach when removing items from a property.

The court’s conclusion that the “premises” were to be returned on the break date free of the “trilogy of people, chattels and interests” reiterates what is the general understanding of the meaning of vacant possession. That is to say that vacant possession is not concerned with the state and condition of premises.

Landlords will welcome the Court of Appeal’s comments that the landlord in this case should seek compensation for any losses suffered as a result of the “dire state” in which the premises were handed back. Ultimately, this should serve as a deterrent for tenants when considering compliance with a vacant possession condition in a break clause.

Emma Preece is an associate at Charles Russell Speechlys