​Construction industry and local government must work together on carbon emissions 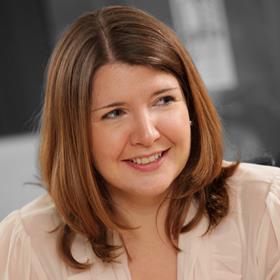 It is not therefore surprising that COP26 on 11 November will focus on cities, regions and the built environment. Considering the built environment alongside a focus on what cities and regions can contribute highlights the importance of the relationship between the construction industry and local government in tackling climate change.

Building Regulations are the way local government controls the specification of buildings. There has been confusion over whether local authorities can require an energy performance that goes beyond requirements in the Building Regulations since a written ministerial statement in 2015 stated that local authorities should not set technical standards that went beyond those set out in the Code for Sustainable Homes Level 4, and referenced the imminent enactment of provisions within the Planning and Energy Act 2008, which would make it unlawful to do so.

The relevant provisions were never enacted and so, arguably, it has always been lawful for local authorities to require more. However, comments in the government’s response to consultation on the Future Homes Standard published in early 2021 confirmed that new planning reforms will clarify the longer-term role of local planning authorities in determining energy efficiency standards. They also confirmed that the government will not amend the Planning and Energy Act 2008, which means local authorities retain powers to set local energy efficiency standards for new homes.

In light of this statement, the New Homes Policy Playbook published by the UK Green Building Council (UKGBC) encourages local authorities to require a 31% reduction on the dwelling emission rate against the target emission rate based on the current requirements in the 2010 Building Regulations (Part L) as a minimum. This is on the basis that the government has confirmed that the 31% uplift will come into force as a new minimum requirement from 2022. The UKGBC playbook also encourages local authorities to go further and introduce energy use intensity targets.

What does this mean for the industry? When viewed in the context of the government’s objective of delivering all homes zero-carbon-ready from 2025, arguably any locally imposed requirement to deliver beyond the standards set out in the Building Regulations should be embraced. Dealing with different requirements in different local authority areas is something the industry is used to because of different approaches to design within the planning process.

But these rational arguments ignore challenges with availability of alternative materials, which can be produced without such an impact on the environment (if concrete were a country it would be the third largest emitter of carbon dioxide in the world); and around availability of workforce (a recent report by the Institute for Public Policy Research identified a potential skills gap in construction, which could impact net zero targets).

The world is changing, and construction must play its part in that. On 11 November, COP26 provides local government and the industry the chance to start a collaborative relationship delivering a radically different built environment.