COP26: reasons to be cheerful

One of the most dangerous symptoms of climate anxiety is a feeling that the problems are too great and we can’t – as individuals or industries – make a difference. 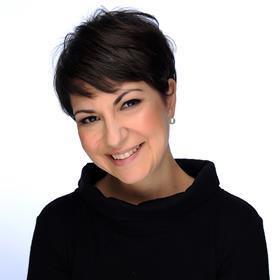 It’s enough to demotivate even the most strident environmental activist. That’s why, amid the outrage and clickbait, it is vital to give some airtime to why we should feel positive post-COP26.

First, let us address the disappointments. The weak pledge on coal commits countries only to ‘phase down’ coal-fired power rather than eradicate it. Similarly, headlines may have left the impression that delegates flew into COP26 on private jets and then out again in time for dinner. So, what’s the point?

Well, more than a few joined me on the sleeper train to Glasgow and back, an eco-friendly alternative to a short-haul flight but also enjoyable and efficient. Away from the political leaders and billionaires, the conference was made up of normal people hoping to make an impact, and that’s heartening in itself.

The built environment day was also positive. The UKGBC net zero whole-life-carbon roadmap is a fantastic piece of work. After years of bluster and vague industry objectives, its action-focused approach sets out tangible activity and deadlines for developers, contractors and suppliers. Many will take it as a clear route forward.

One reason for optimism is that whether it’s the high-profile nature of COP26 putting climate change in everyone’s newsfeeds or that we are now seeing real examples of a climate emergency, it feels like we are focused on action for the first time.

There’s also a far greater understanding of consumer demands. The public are voting with their feet on sustainability, moving away from or punishing brands that get it wrong. That’s lit a fire under some that were previously slow to progress.

More than 400 financial organisations controlling a total $130trn agreed to back clean technology, such as renewable energy, and to direct finance away from fossil fuel industries. That’s huge news and shows investors are taking note.

Many now only consider investing in green projects and are exploring ways to futureproof assets. But best intentions are nothing without funding, and an increase in financial backing is most likely to bring progress.

I’m not suggesting we rest on our laurels. We must use this momentum and public and corporate awareness to drive forward. There are still gaps in regulation, particularly around embodied carbon targets, and we need to make progress on alternatives such as timber use in medium-rise residential buildings. We’re falling behind our international friends in some of these areas and shouldn’t underestimate the challenges.

One of COP26’s legacies will be the corporate ESG commitments it inspired. At King’s Cross, we announced that we had become carbon neutral. It’s an important milestone for us and those who live, work and visit the estate, but not the final destination. Across the sector, we must harness achievements like this and the positivity and collaboration of COP26 to push on harder and faster. For us, that means our ultimate goal: net zero.

Claudine Blamey is head of sustainability and digital strategy at Argent