The plight of older people in this country is one that can no longer be swept under the rug. The pandemic has exposed the true severity of the later living crisis facing Britain and ‘out of sight, out of mind’ can no longer be the prevailing consensus. 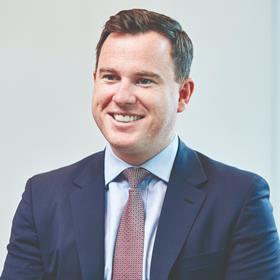 While the Covid-19 vaccine rollout may be dominating headlines for now, attention will inevitably shift to what can be done to protect the UK’s rapidly ageing population from future health crises.

Where it was once considered taboo to talk about the future housing and care needs of ageing relatives, families will soon — if not already — be far more open to such a discussion and demand for homes and communities that can facilitate those needs will almost certainly increase.

Even before the outbreak of Covid-19, both the industry and investors were identifying the urgent need to build more purpose-built housing for older people. Legal & General’s commitment to deliver more than 3,000 new retirement homes over the coming years, for instance, is a central tenet of our ‘inclusive capitalism’ strategy.

We have also invested £26bn in economically and socially useful assets — including later living developments delivered via Guild Living and Inspired Villages — because they are genuinely needed and will drive real change.

Over the coming five years, the number of private senior living rental properties is set to rocket by 160%, “from almost 5,000 currently to more than 13,000 by 2024”, according to Knight Frank head of senior living Tom Scaife. 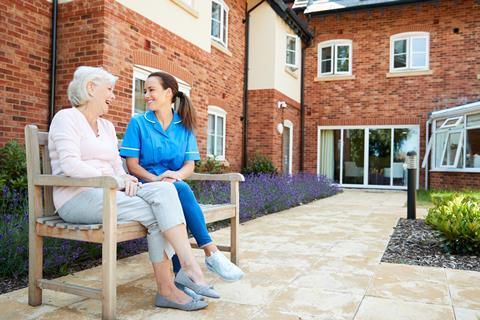 Caring approach: housing with care on site could save the NHS billions

Residential investment, including the later living sector, will be boosted by £42bn over that same time period — 68% up on current capital committed, with £10bn allocated for this year, according to Knight Frank — demonstrating investors’ growing confidence in alternative residential assets.

According to CBRE, the healthcare real estate market is set to enjoy a flurry of activity this year, with 88% of investors, lenders, operators and developers agreeing that demand for such assets will continue to rise in the short and medium-term.

Unlike countries such as New Zealand, Australia and the US — where at least 5% of over-65s live in a house-with-care setting — just 0.8% of the same age group live in such settings in Britain. International evidence suggests that housing-with-care will not only provide older people with a greater standard of living and independence, but will also save billions for the NHS and social care sector by reducing funding requirements for these services.

More than three million older people across the UK are actively looking to downsize, and the pandemic will only intensify that demand. The latest report from the Associated Retirement Community Operators (ARCO) revealed that 88% of older people polled thought the government should widen housing options for them.

It also found more than 70% of older people would be interested in a housing option where care was available on site as an alternative to care homes.

An additional 95% said they wanted the government to support the development of better alternatives to care homes, which speaks volumes about how Britain’s care infrastructure is now perceived in the wake of Covid-19.

The market, therefore, is primed for rapid growth over the coming years. But this much-needed growth could be impeded by our broken planning system and demand alone will not be enough to unleash the full potential of Britain’s later living sector.

Simply put, if we are to meet demand, we need to reform planning. It is critical that the government imposes a legislative framework for local authorities that allows them to fully plan to meet the housing needs of older people in their areas.

Stamp duty land tax (SDLT) must also finally be scrapped for last-time buyers. Not only has SDLT led to distortion in the housing market, but it has resulted in older people who would like to downsize choosing to stay in larger homes better suited for first-time buyers and growing families. Consequently, some nine million bedrooms in older people’s homes across the country are lying empty — equating to over 20 years of housing supply, according to ARCO.

Ultimately, we must implement a system that encourages all of us to live in the places that best suit our needs — and this starts with the long-overdue removal of barriers such as stamp duty. As we aim to ‘build back better’, it will become near impossible to overlook the huge demand and supply imbalance in the later living sector.