Cutting through the rates noise

We are in an increasingly polarised society. 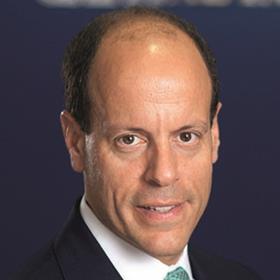 Social media and the propagation of hyperbole-heavy digital news have had an impact on opinions and our ability to hold a nuanced debate, in a way that is disproportionate to the sway that traditional media sources once had. Low barriers to entry and a reliance on user-generated content have created a cacophony of information and misinformation. Everything is presented at maximum volume and with equal urgency, while complex issues and processes are presented as binary situations: for or against, yes or no, in or out.

Most of us think we sit outside this noise because we consider ourselves well-informed individuals who can think independently. However, the reality is that we are all affected by this clamour because it is not just the passive output of one section of society, but an active participant that inputs into public discourse, policy and imagination.

The availability bias means if you read several alarmist reports then your brain doesn’t let the truth get in the way of a good story – think about the toilet-paper stockpiling early in the pandemic. This is important. Media speculation around the cost of living can have a very real impact on a potential rates rise.

How central banks set rates is complicated and balances a number of factors, but it is based on a forensic reading of what is going on in the financial lives of a country. It is a call-and-response duet. However, the current media landscape means the call is now distorted and at a volume that previous decision-makers did not have to process.

Even before the war now going on in Ukraine, news about spiralling costs, inflation and taxes and plummeting consumer confidence is everywhere, alongside reports that 400,000 hospitality jobs remain unfilled, pushing venues to increase wages. The call that emerges from this is that all wages are too low and the response is wages must go up.

But what if the sheer volume has not allowed a clear tune to emerge? Well, the wrong call elicits the wrong response. Why is this an issue? Because higher wages will be reflected in higher prices, stimulating higher inflation. Andrew Bailey was criticised for saying he wanted to see “quite clear restraint” in the wage-bargaining process to help prevent an upward spiral, but the alternative is that inflation becomes entrenched and interest rates climb ever higher.

Clearly, some wages need to increase – that is a part of life – but the risk is the Greek chorus of media misrepresents the scale of the crisis, influences the decision-making of the Bank of England and rates are set too high. Put simply, central banks could make a mistake and this would create a difficult environment for investors.

Consider the US, where used-car prices have dramatically escalated alongside a 50% increase in gas prices. The ongoing chip shortage cost the auto industry an estimated $210bn (£155bn) last year alone and is one of the biggest underlying factors driving the 40-year inflation high. The uncertainty of when it will be resolved – and whether used-car prices will come down when it does – continues to rattle Wall Street.

Perhaps all of this noise has now been silenced by the recent actions of Russia in Ukraine, but they will surely emerge soon or be part of the wider cacophony. It is essential that central banks listen carefully and do not get distracted by competing sounds, and any real estate investor would be well advised to do the same. For those of us used to navigating risk, the secret of cutting through the noise is clear: learn to read the music yourself.