Data centres have come of age

In March, as the pandemic began to spread, people who work in data centres were added to the government’s list of key workers. It shows how far data centres have come that a once specialist and obscure real estate sub-sector has become one of the most sought-after, as use of technology rocketed during lockdown. 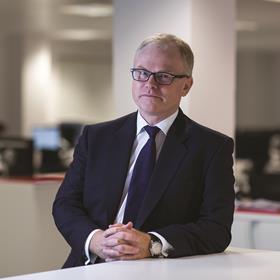 Already growing demand has soared, fuelled by a surge in digital data to facilitate connections for businesses in a home-working environment, for video streaming, increased social media activity and downloaded content for home entertainment.

Couple this with the fast-growing trend for businesses to move their IT functions into the cloud, and estimates that the data centre market could grow by 15% a year between now and 2024 don’t sound unrealistic.

Microsoft reported a 775% leap in cloud services in regions that have been social distancing; EE’s network saw a 45% increase in traffic for apps such as WhatsApp; and OpenReach reported in April that average UK data traffic leapt 24% in peak lockdown.

The UK’s data centre network coped with this massive leap in demand and now the property world is focusing on where and how the sector will grow next.

A data centre location needs international fibre connectivity, access to a large population and plenty of power. According to CBRE, data centres’ FLAP (Frankfurt, London, Amsterdam and Paris) markets grew 24% in 2019, with 200 megawatts of take-up. CBRE forecasts 200 MW of FLAP demand in 2020, but this has not only been caused by the lockdown.

Remarkably, the number of devices connected to IP networks will be more than three times the global population by 2023, with machine-to-machine or Internet of Things connections forecast to grow to 50% of global connected devices.

The elephant in the room is the lack of sustainability, with the sheer quantum of power data centres consume, but efforts are being made to address this. Google estimates that its data centres are seven times more energy-efficient than in 2015.

Even with the proliferation of facilities, data centre energy usage has been held at around 1% of all energy usage since 2010 because of increased efficiencies, according to a June 2020 report from the International Energy Agency.

The role of renewable energy – solar, wind and hydro – in the data-centre sector will probably be a game-changer, with major players investing heavily.

SEGRO has been closely involved with the sector. Data-centre activity has breathed new life into the Slough Trading Estate as manufacturing declined. Now, 30% of the estate’s rent comes from 29 data centres that were attracted by proximity to London, availability of transatlantic fibre and plentiful power supply (a legacy of the industrial heritage).

We are keen to build on our knowledge and relationships with customers to expand our offering across the continent With strong covenants, long leases and enhanced rents, the economics certainly work.

Like the industrial and logistics sector, data centres have come of age and will be one of the star property asset classes of this next decade.