One subject above all others obsesses the New York City property world: the extent and future of office return, now that the pandemic appears over. 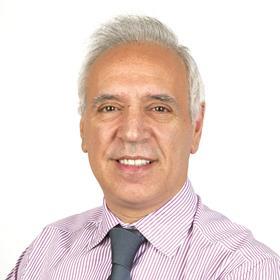 Nothing matters more to the city’s tax base and economic vitality. Yet credible data remains scarce. We learned last week that the only major office occupancy survey tracks a sample much less complete than most people had believed.

Work-from-home and hybrid work schedules are taking a big bite out of office occupancy as tenants downsize, or decline to renew leases. Consolidation is also exacting a toll. Excitement over a 400,000 sq ft lease for KPMG at Manhattan West overlooked the fact that the firm will leave behind 800,000 sq ft in Midtown when it moves.

Shrinking office demand is a fact in every world city, from London to Singapore. But the stakes might be highest for New York City. The municipality depends more on real estate-related tax revenue than taxes from any other source, including Wall Street.

University studies say reduced tenant demand might slice 28%, or $45bn (£42bn), off the value of US commercial buildings, 10% of which would come from the Big Apple alone. To say nothing of the impact on stores, restaurants, shoe-repair shops and the like, which draw much of their clientele from the city’s offices.

But whether the crisis will be temporary, or presages a catastrophic hit to national economies, isn’t easy to quantify.

New York’s landlords, brokers and tenants nervously await each week’s posting by Kastle Systems’ Back-to-Work Barometer. Kastle, a security provider for many US office buildings, counts office attendance mainly by keycard and fob swipes. The area it calls ‘New York Metro’, which includes some remote suburbs, registered mostly in the 20% range in 2021, and around 46% this September.

Kastle’s widely cited data have taken on an aura of infallibility. But its figures seem low based on the observations of Midtown office users such as myself. Since the September 5 Labor Day holiday, streets around Rockefeller Center in Midtown’s heart appear as crowded as in 2019. Also, Kastle’s New York figures were far lower than the most recent estimate by the Partnership for New York City, a business advocacy organisation. 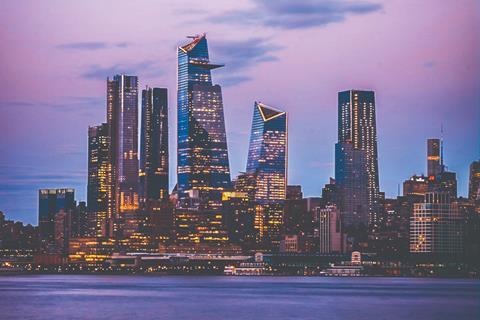 Kastle collects no data at One World Trade Center or One Bryant Park, the Durst Organization’s largest properties. It handles a few smaller buildings owned by Empire State Realty Trust, but not the Empire State Building.

Contradicting Kastle’s 46% office occupancy figure, sources at Related Companies say their Hudson Yards towers (pictured) are consistently more than 60% full. Landlords of towers not covered by Kastle claim average occupancy of up to 90%.

Missing from Kastle’s sample is more than 25% of Manhattan’s 450m sq ft mostly leased to large banks, other financial services tenants and law firms, which have brought many more employees back to their desks than creative, media and tech firms have, although actual counts are elusive. Goldman Sachs, Morgan Stanley and JP Morgan Chase led the push to draw personnel back from their home refuges.

However accurate or not Kastle’s data is, the situation clearly favours the largest owners, which Kastle mostly doesn’t track. They own the newest, high-tech skyscrapers that opened in the 21st century. Hudson Yards, Manhattan West and the World Trade Center drew big tenants from mid-20th-century buildings on, for example, Third Avenue and in the old Financial District. Even late 1990s buildings in Times Square needed hundreds of millions of dollars of reinvestment to remain competitive.

The properties in trouble are older ones with diverse, smaller tenants whose employees can most easily work from home. Only the future will tell what will become of them. In the meantime, all eyes are fixed on Kastle’s weekly numbers, however imperfect they may be.