2
Demand for industrial and logistics space continues to rocket
Insight

Demand for industrial and logistics space continues to rocket

Even when you know something to be true, a statistic proving it still has the power to shock. Such is the case when it comes to the huge increase in demand for industrial and logistics space as a result of the Covid pandemic. 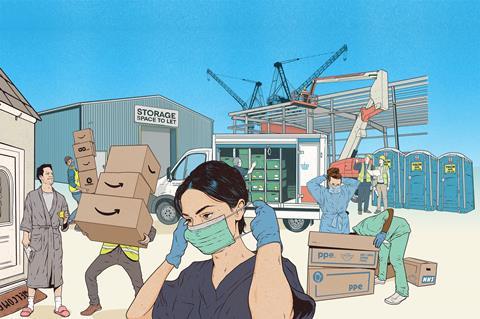 But as we start to emerge from lockdown, how likely is it that such high levels of demand will be maintained? And has the market come anywhere near meeting occupier requirements?

It is tempting to assume that Brexit played a part in inflating the numbers, but Kevin Mofid, head of logistics and industrial research at Savills, rejects that assertion, arguing that any Brexit effect, if there was one, would have been minimal in that period.

The real spike in demand from Brexit, he says, came earlier, around the time of the revised Withdrawal Agreement and Political Declaration, which were considered and agreed at the European Council on 17 October 2019 — not the up-to-the-wire future relationship negotiations, which concluded on Christmas Eve 2020.

In short, if companies were going stockpile, they had done so well before January 2020.

“I would suggest that actually Brexit had already been taken into account,” says Mofid. “Most of the demand from Brexit came probably 18 months prior. [At the start of 2020] it was relatively subdued because most of the Brexit stuff have been done already. We were just preparing for a normal Q1.”

Looking at the UK-wide data in a little more detail, it is clear that there was a spike in demand in March 2020, which is undoubtedly Covid-19 related but is highly unlikely to have been caused by the surge in online retail that accompanied the pandemic. Rather, it was down to the government frantically trying to respond to the first wave.

“That peak was solely Covid-19 related – that was the short-term requirements around PPE [personal protective equipment],” says Mofid, adding that even additional morgue space was a factor at one point.

“That was in the height of lockdown one. There were a number of requirements from the NHS and then the Ministry of Defence. I believe one building was taken on a very short-term lease, alongside storage space for PPE and medical equipment, like ventilators. They looked at using warehouse space to store bodies, which was horrible, but it never happened.” 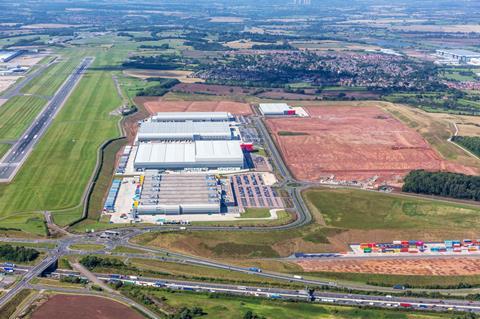 After the initial peak, the numbers fell back for a short period but then continued to rise, albeit with peaks and troughs at different points in the year depending on the size category being considered. That was down to a range of trends, not all of which are related to the pandemic.

“People have kind of adapted to the world that they now find themselves in,” says Mofid. “It’s impacted by Covid-19, it’s impacted by Brexit, it’s impacted by the increase in online retail. It’s impacted by all of these other trends that are basically pushing people to say, ‘we need more warehouse space in the UK’. You look at what happened recently in Suez [when the canal was blocked by a grounded container ship] and that’s another thing that just makes people realise how vulnerable supply chains are.”

“With the pandemic, you saw effectively five years’ worth of growth in about six months, from an e-commerce standpoint,” he says. “That drove the market hugely in the last 12 months. That’s definitely what we’re still seeing.”

While demand remains at a historic high and vacancy levels are declining, the market cannot keep pace in terms of new supply. Currently, there is around 8.2m sq ft of industrial and logistics space under construction.

“That is a reasonable number – it has been higher; it’s also been a lot lower. But all things considered, in every market that we cover vacancies are falling.

And that means the supply is going to be constrained even further,” says Craddock.

You saw five years’ worth of growth in about six months, from an e-commerce standpoint

That pushes potential occupiers in one of two directions, says Mofid: “It either pushes people into buildings that they weren’t necessarily keen on in the first place or it pushes people down the build-to-suit route, which obviously takes longer to do.

“So, I think there are a lot of reasons why people might want to consider more speculative development given the supply and demand mismatch.”

That, of course, depends on the high levels of demand being sustained. While Mofid does not believe we will see another spike in demand, nor does he think requirements will fall any time soon.

Now people have switched to buying more online, there is little reason to believe they will revert to the high street. 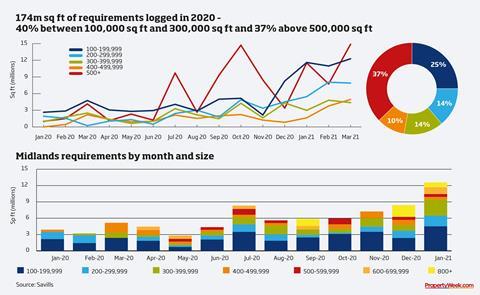 “The trade-off between holding more inventory and losing sales has completely changed. Now people are saying, ‘we have to hold the inventory because the consumer wants stuff quick and fast’.”

Craddock says that, having got used to buying many products online, people are unlikely to return to their previous buying habits. “Some of the trends are irreversible now,” he says. “What the pandemic has done is won over some of those people who might not have been consuming online previously, like my parents’ generation who now do grocery shopping online.”

All of this has implications for the size of building that companies require. If they need to hold more stock, they logically need bigger spaces – and Savills’ data confirms that to be the case.

“It’s a ripple effect that is causing that uptick. There are going to be more deals at the bigger end, which will drive take-up numbers.”

There is already evidence of an uptick in demand across all sizes. Craddock, for instance, says that SEGRO is struggling to meet demand in even the smallest units of 10,000 sq ft and under. “It’s not the case it’s one sector supporting demand; it’s a multitude of sectors that are supporting it,” he says.

In addition to filling up every bit of space available, Craddock says SEGRO is responding to demand by ensuring that as many of the sites it owns as possible are oven ready.

“A large part of it is ensuring that the land that we have in our pipeline is up and ready for development,” he says. “A lot of the occupiers want to see that we have resolved issues like planning and infrastructure, so we can respond very quickly to demand from the market.”

At the smaller end of the market, however, Craddock says the company is willing to bring forward new buildings on a speculative basis.

“We are bringing through some additional speculative development as well,” he says. “That’s across both London and the South East and some more urban markets. It’s about making sure that we as a business have the land and the opportunities in the right places to be able to service those customer needs.”

It’s a similar picture at Hines. Greg Cooper, the company’s director of UK industrial and logistics, says that its speculative pipeline has grown substantially in the last year.

“We’ve already committed to a lot of spec development in the small and mid-box space,” he says. “We’ve got about 1.3m sq ft at varying stages in the development cycle and we are still looking to act to add to that. We very much still believe in that space and the supply and demand dynamics. If we can find the right sites we will deliver the right products.”

Cooper also reveals that Hines is on the cusp of committing to speculative development in the big-box sector.

“Although we haven’t made a definitive move into the big-box spec space yet, it is something that I am spending a huge amount of time on and I think we’re very close to making that move.”

It is clear that the pandemic has led to an unprecedented increase in demand for industrial and logistics space. The pace of growth will inevitably slow but nobody thinks that it will falter. Some of the changes brought about by Covid-19, it seems, are here to stay.