The UK’s urban renaissance has been characterised by the repopulation and regeneration of UK cities. 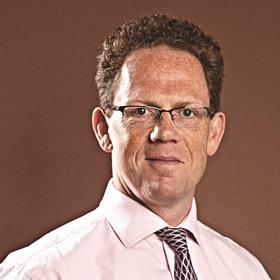 People and businesses were lured back to the city with the promise of improved infrastructure, increased housing provision and jobs. Yet, for decades many of the UK’s major cities have been underinvested in and have underperformed economically. They have progressively fallen behind London, with leadership frustrated that so much policy is directed from the centre, and not by local leaders.

Today, 80% of our population live in cities and there is pressure on existing real estate, energy, transport and social infrastructure. Air quality is deteriorating and increasingly competitive logistics networks add to problems of congestion and associated pollution.

Compounding these problems has been how constrained UK cities are on their ability to target investment directly. If our cities are to become the engines of economic growth that we want them to be, long-term partnerships must be formed between the private sector and the parts of government that can truly stimulate local change.

Since the coalition government announced plans to devolve greater powers and funding to local authorities a few years ago, 11 areas in England now enjoy negotiated devolution deals (the total is 12 if you count London). Most have mayors to act as a driving force and a figurehead for inward investment.

A city’s bespoke devolution deal is formed from its different needs and starting points, alongside varied political backgrounds. There is no one-size-fits-all solution, but each in its own way represents a tremendous opportunity.

Devolution has presented an opportunity for cities to shape their own future; to develop compelling local visions and a strategy for growth. This has paved the way for cities – their politicians and businesses – to work with private capital. In the West Midlands, for example, the Combined Authority has led on the drive towards 5G and is exploring innovative models to fund transport infrastructure and development more holistically.

Indeed, Birmingham’s economy has arguably already seen success with economic growth per head stronger than its peers’ over the recent past.

Manchester and London are also both positive examples of devolution and where real progress has been made. They have been given greater accountability, taking charge of regional transport, housing, planning and policing, as well as health and social spend. 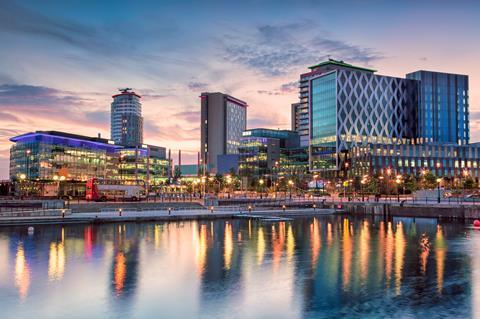 Success story: significant progress has been made in Manchester

Devolution is complementary to our views on urban success. There has been a UK-wide problem of excellent university cities having a relatively poorly educated permanent population. Where we see particular potential is in the provision of real estate solutions to support the retention of talent in the workforce. This should boost productivity, output and subsequent employment growth overall. Identified as an opportunity and catalyst for both devolved powers and private capital, there is considerable scope to make impactful change; exemplified by developments at Newcastle and Cardiff and proposals for Sheffield.

By way of example, in July this year, we announced our partnership with Bristol City Council to develop the Temple Island site. This collaboration is exemplary of devolved powers with the west of England aiding regional growth, enabled by local leadership and led by the mayor of the city. This partnership provided the council with the business case for remediating a key underutilised site, and choosing a partner they trusted to deliver at pace.

City regeneration can provide positive long-term returns and can be underpinned and de-risked by strong covenants on longer-than-average leases suiting long-term investment vehicles that do not need to worry about daily liquidity. It is on this basis that Legal & General has directly invested more than £19bn, with investments in areas such as SME financing, housing and infrastructure projects and urban regeneration.

Our experience is that investors can and should work in positive, constructive collaboration with civic authorities and leaders.

Devolution is a once-in-a-generation opportunity and can help drive real progress in winning cities. There is a substantial amount of institutional capital available to invest. Newly empowered local politicians will be encouraged to choose partners that inject this capital into socially useful infrastructure for the long term.

With an increase in devolved powers, there is a clear motivation for the public and private sectors to work together more cohesively and reshape our cities for the better.