Ever since Boris Johnson announced his intention to resign as Conservative Party leader, and de facto as prime minister, there has been much speculation and concern as to what the future holds for the Levelling-up and Regeneration Bill. 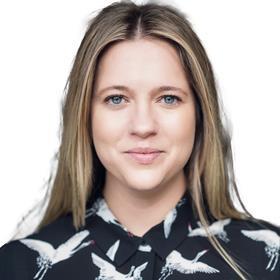 Much of this has been driven by the various comments made during the Conservative Party’s leadership contest in relation to reform of the planning system, and the emergence of a more development-sceptical and community-focused agenda.

Whether this will now translate into a dramatically altered bill under new PM Liz Truss remains to be seen. However, given the stance taken during that election, it would be difficult to comprehend if it did not, at least in part. While this may add to the uncertainty facing the sector, already battling challenges such as rapid cost price inflation, rising interest rates and cooling demand, it is sadly a reflection of the political consequences of a change of leader mid-term.

Yet for Truss, real challenges still remain – not least on the subject of planning reform. With the next election in mind, she will want to secure the support of those aged 25 to 45, especially living within our cities, whose housing aspirations are being thwarted by a chronic lack of supply, and subsequent lack of housing choice.

Certainly, they are unlikely to be helped by any abandonment of the commitment to deliver 300,000 new homes per year. Nor in broader terms will the economy be helped by any significant watering down of supply, given that the lack of housing opportunity is becoming a significant drag on future economic growth.

That the planning system needs further reform should not be in question. The question should be: to what extent and where should the focus of that reform be? However, in the midst of this review, and potential further watering down, one area that does need to be progressed with renewed urgency is that around the digital agenda, for much of the current planning system is arcane and increasingly fails in even basic engagement with local communities and key stakeholders.

Therefore, irrespective of other areas of planning policy reform, the new government needs to recommit to the digitisation of the planning system and further digital transformation to make the system more open, engaging, equitable and transparent. Central to achieving this is further reform around community engagement and the need to ensure all sections of society can easily engage with the planning system, especially through digital platforms.

Overall, the new PM should turbocharge the digital agenda to deliver the change required around engagement, which will also deliver greater societal and economic benefits, especially for those generations currently frustrated

at being unable to get on the property ladder, or unable to downsize into more suitable accommodation in places where they actually want to live.