​Drone regulation needn’t be a threat to the drone industry

Car manufacturer Hyundai recently announced that it will launch an electric autonomous flying taxi by 2028. Whether that is pie in the sky or not, it is clear that drones are taking off. We need to prepare ourselves for a world in which unmanned aerial vehicles share our skies with conventional aircraft. 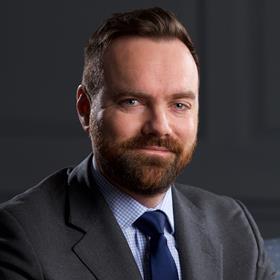 Drones have various commercial applications, particularly for the property industry. Buildings, railway tracks and power lines can quickly and cheaply be inspected. The emergency services can conduct searches for missing people and deliver emergency medical supplies. One day we may see parcel delivery drones in every town.

But the increasing prevalence of these machines raises legitimate concerns about safety, nuisance and privacy. Drones with high-definition cameras can be purchased cheaply and operated from a distance, such that identifying the pilot is impossible. For smaller drones, there is no requirement for the drone operator to be registered or to have training. It is hard in these circumstances to prevent a nuisance or trespass.

Larger drones – capable of travelling point to point over long distances – will need to safely occupy the same airspace as piloted aircraft.

The recent study by the Regulatory Horizons Council (RHC) sees regulation not only as a means of achieving a safe and secure environment in which drones can operate, but also as an opportunity to create a world-leading legal framework.

Among other things, the RHC recommends a requirement that by 2025 all drones are fitted with transponders enabling them to be identified in the same way as manned aircraft, and mandatory zones in which only unmanned aircraft can operate, setting different rules for urban and rural environments.

It is perhaps disappointing that issues of nuisance and privacy get only a passing mention. The report recommends simply that government should “track privacy and noise considerations around increased drone use”.

Arguably, any drone with a camera should require registration so that the user can be identified. In built-up areas, zones could be established where drone flights require permission. A simple process could be established for getting permission for legitimate purposes such as building inspections. Much-needed statutory clarity could be provided as to the height at which a drone flight would represent a trespass. Regulation need not represent a barrier to the development of the drone industry; on the contrary, it could provide much-needed clarity and position the UK as the leading place to develop drone technology.

Ed Cracknell is a partner at Russell-Cooke