​Embodied carbon remains the elephant in the room

COP26 laid bare the acknowledgement of a climate emergency, with consequent declarations and legislation asserting political will, albeit not going far enough in some minds. 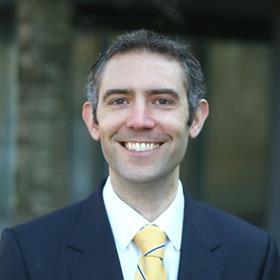 This has been accompanied by a groundswell of activity among the business community around science-based targets, as society demands improvements to the already ambitious 80% emissions, with a target reduction to net zero.

Housing by various measures accounts for around 22% of all UK emissions. Engineering firm Arup and RICS have calculated that more than 50% of the whole-life carbon emitted by a house is during construction. This means most of the environmental damage of a home is done in the first few months of a building’s life, but is oft ignored.

The Building Research Establishment has warned in the past that as the air quality of new homes improves and the electricity grid continues to decarbonise, the embodied carbon will become a higher proportion of a home’s total carbon footprint.

The government’s Net Zero Strategy promotes timber as a low-carbon building material, but only for low-rise schemes as currently stands, with commitments to explore its wider use over the coming years. It is vital that the opportunities that timber affords as a low-carbon, safe, reliable building material can be effectively communicated among policymakers and to consumers. We see its potential as being beyond that of a niche product.

At TopHat, we use timber frames to create our factory-built homes. Using timber frames can typically reduce levels of embodied carbon by as much as 60%. In fact, the government’s climate watchdog, the Climate Change Committee, said in 2019 that if timber frames were used to build 270,000 homes per year, this would deliver carbon savings of 0.8 to 1.0 Mt of CO2e per year. To put this in layman’s terms, this is equivalent to 400,000 to 500,000 cars being taken off the road for a year.

Another contributor to embodied carbon is the amount of waste that is seen from conventional construction methods. Modern methods of construction have been shown to result in around 1% of the waste seen in conventional construction methods, as the building components are assembled on a factory line under controlled conditions. MMC also typically result in 83% less traffic to the construction site, according to a study by the Waste and Resources Action Programme, saving tonnes of carbon emitted that would usually be emitted from heavy-goods vehicles.

There’s more. One of the reasons we like timber as a construction material at TopHat is that it is a long-term store of atmospheric carbon. As trees grow, they gather carbon dioxide from the atmosphere and release oxygen. In the Climate Change Committee report in 2019, it states the use of timber results in 3Mt of carbon being sequestered per year by new trees being planted to replace those used in construction.

Countries elsewhere in the world are harnessing timber for construction in ways that aren’t currently being widely used in the UK. The French president has vowed to make it law to require buildings that are publicly financed to be composed of 50% natural materials by next year.

International standards have recently been updated to up the level of ambition for building tall with timber from six storeys to 18, and timber buildings have been constructed in US states that have neighbouring timber industries.

Vancouver’s 18-storey Brock Commons Tower was reportedly built with greater speed, at lower expense and with less of an environmental footprint than a steel/concrete equivalent.

With so many success stories, timber presents a compelling case as a building material.

For us, timber is a win/win when it comes to housing delivery and meeting climate goals. Given the scale of the challenge with regard to each, can we really afford to overlook its capabilities at scale?