Rodding the planning drains may improve the flow of applications. But Boris Johnson’s claim that reforms contained in ‘Planning for the Future’ will increase the volume of new homes is humbug. 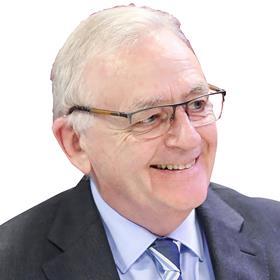 “The people of this country will get the homes we need in the places we want to live, at prices we can afford,” lies the prime minister, on behalf of all politicians since 1980, when councils stopped building. Suggesting the state can exercise control over housing numbers has withered into a convenient political untruth. Those who build control the supply valve; they twist the tap with an eye to the economy, not the available acreage.

I have spent 12 months writing Broken Homes: Britain’s Housing Crisis; Faults, Factoids and Fixes, published next month. My co-author, Jackie Sadek, is a former government adviser, a formidable woman planning 1,500 new homes in Bedfordshire. We have spoken with former Conservative and Labour housing ministers, housebuilders, build-to-rent specialists and many in the social housing sector. The main fault is political; untested solutions promoted by partisan think tanks are adopted by housing ministers looking for a quick hit during their short term in office.

Our main fix is based on the tenet ‘everyone deserves better’: Those we call ‘the ghosts in the machine’ suffer brutal disregard. Not as customers, or renters. More, in absentia, as human beings, living lives that are expected to fit rather than form the mould. Space standards are as they were 100 years ago. Density levels have soared. The number of homes without gardens has doubled since the 1970s. Offerings of ‘quality’ that deliberately omit quantity are greenwash. The fix is mandatory space and density standards. 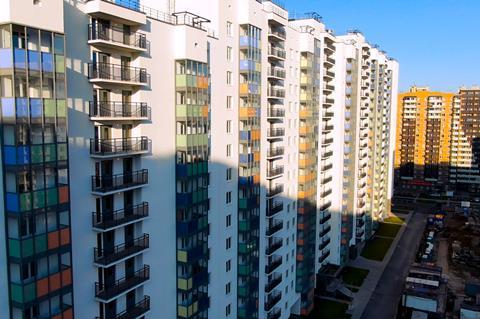 Crowded house: density levels have soared since the 1970s

The main ‘factoid’ – an item of unreliable information repeated so often it becomes accepted as fact – is zoning more land for homes somehow produces more homes. Two further factoids circle Planet Housing. One: not enough homes are being built. Household formation figures from ONS show 170,000 homes, not 300,000, are needed each year until 2040. The crisis is one of affordability. Two: prices will fall if more homes are built. Adding 300,000 rather than 200,000 homes to a stock of 24.4 million will not cause price falls. Only a falling economy can ensure that.

Jackie’s mordant chapter on her 10-year journey through the planning system will convince you Boris has a point. As the PM says, the system needs “radical reform unlike anything we have seen since the Second World War”. Good luck, really.

Planning minister Lord Falconer tried that for Labour in 2001. The PM is already under heavy fire. The plan to impose rather than request housing targets from councils is alarming MPs, fearful of matchbox estates sprawling over their constituencies. There are negative consequences for spreading convenient political untruths, Boris.

But ‘Planning for the Future’ contains one brilliant and one gently glowing idea. The sparkler is to scrap the tedious game of basing Section 106 and CIL payments on guesses. Instead, they will be paid on actual transaction values when homes are sold. Those in the ‘how many angels on a pinhead’ game will give a million reasons why this won’t work. Bear with, Boris. Many pages in the book are devoted to 110 years of failed attempts to capture land value by seeking numbers in a crystal ball.

The glowing idea comes from Sir Stuart Lipton, who aided the government’s deliberations. Power to decide what makes ‘quality’ housing is to be handed to councils. “Can they add quantities to measure the quality,” I asked, after mentioning the book contains plans of homes 12 feet wide on estates jammed with parked cars. “If the council wants every home to have three parking spaces and be 22 feet wide, that’s it,” Lipton replied. There will be howls from housebuilders. But stick with, Boris. Your Parker-Morris + 10% rule when mayor of London worked.