Finance is key to retail survival

EY’s latest profit warnings data shows that firms in the FTSE General Retailers Index issued 36 profit warnings in 2018, the highest annual total since 2011 and 50% more than in 2017. 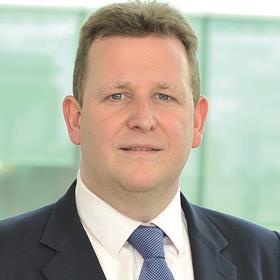 Last year, more than one third of the sector issued one or more profit warnings, which was the highest proportion since 2008. Not surprisingly, this rise in profit warnings was accompanied by a significant uptick in the use of CVAs by retailers, as well as a large number of retailer administrations.

The trends affecting retail in the past few years have been widely documented and have developed dramatically. Retail property has experienced radical change before, but none that has brought some to question the future of shops themselves, as they do today.

I think that although retailers will generally need fewer stores than in the past, talk of the total demise of retail property may have been greatly exaggerated. According to the ONS, four out of every five pounds of retail expenditure are still spent in a physical store, and this figure is higher if click & collect is included.

That isn’t to say the road ahead is easy, but the sector and its financing will continue to evolve. Successful retail investors are looking beyond traditional leasing models by placing a greater emphasis on partnerships with retailers and are investing to balance the consumer demands for experience and convenience. These options require significant investment and strong balance sheets and, as such, are not available to all. 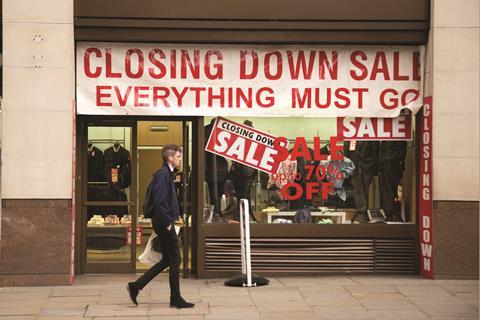 Modest average borrowing levels and low interest rates, combined with a subdued transactions market, have limited widespread investor distress to date. We are not back to 2008 levels in terms of leverage, but neither is it 2008 in terms of the regulatory pressures lenders face or the structure of the lending market.

Lenders and borrowers will also need to work closely to manage periods of transition of retail sites in terms of use, value and the contractual nature of the underlying income. For borrowers, that means providing fully developed, robust business plans to their lenders at an early stage far above the information requirements of most covenants, as well as a potential repricing of retail debt.

For lenders, it is likely to require forbearance where there is strong belief and trust in management teams to deliver on their business plans. The absence of such trust, regulatory constraints for banks and the finite balance sheets of debt funds are likely to mean that trading the debt or enforcement will once again become more actively considered alternatives for lenders.

For some existing retail locations, there has to be an acceptance that a more radical approach might be required and that the highest value is from an alternative use. Aviva Investors estimates 170,000 new homes could be built on the 24m sq ft of land now occupied by retail parks and identified as suitable for mixed-use schemes. Wholesale redevelopment such as this, rather than piecemeal conversions and additions, could also be enabled and supported by central and local government.

Recent announcements confirm that in the short term we will not see a rapid reversal in the level of profit warnings. As such, for many retail landlords, 2019 will be no less challenging than 2018. However, we are witnessing investors targeting the sector again, recognising that there are still real opportunities in retail.

For those that can provide retail locations where people want to shop, the market may be about to offer some excellent opportunities.