The Cushman & Wakefield partner on growing up in Adelaide, baking and the importance of diversity. 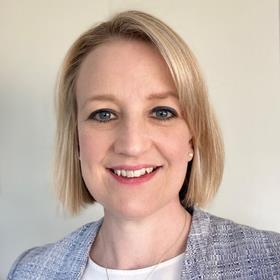 Where did you grow up and where do you live now?

I’m Australian, but have lived in the UK for 20 years, which has dulled my accent.

I was born and raised in Adelaide and I now live in south-west London. Comparing the two cities, Adelaide is a lot smaller with a population of one million, you’re always 15 minutes away from a beach and the place is well-known for its wine. I recommend going wine-tasting if you visit, and then spend the afternoon at the beach.

What change do you think has had the biggest impact on the property industry in the last five years?

Property has a huge impact on the environment and we need to take more responsibility for it. Sustainability is the key, increasing the number of EV charging stations in warehouses and creating green public spaces, for example, will take us the extra mile.

Who do you admire most in the industry?

It’s people who take bold choices; those who get involved with industry bodies or initiatives.

Thoughtfulness and caring about what you do and how you make a difference to people. How do you approach your job? How well do you collaborate with others?

What do you like most and least about the property industry?

I like its adaptability. Challenges such as the pandemic or the financial crisis in 2008 can stimulate creativity, which can translate into new products and buildings. What I don’t like is the way the industry tends to separate its asset classes – retail, offices, warehouses – when actually the way we use space is holistic.

What is your favourite way to relax?

I like playing tennis. I’m delighted my local tennis club reopened this month. My serve and accuracy are good. My strokes are my weakness. What I learned is to make sure you have the right gear, even down to the trainers.

What makes you happy?

I love baking. I watch The Great British Bake Off religiously. I’m pretty versatile; from a chicken, bacon and leek pie with a cheddar crust to a chocolate ganache, I’ve got it down pat. I recently challenged myself to get better with bread. I made a nine strand, plaited loaf with two different doughs – one was chilli and roasted red pepper and the other was manchego and green olive.

What would be your dream job?

A pastry chef, with a little bit of presenting on the side.

How did you end up in your current job?

I started my career at DTZ, which was taken over by Cushman & Wakefield. I did a career circle and now I’m back where I started. I’ve been away and worked for a couple of different companies. Tritax Group was the last place, then last year I was approached by Rob Hall from Cushman, who was one of my early mentors, and now I’m back. I’ve only been at the company three months, but I’ve known a lot of the people I work with for a long time. Being a researcher, you touch a lot of different parts of the market – clients, colleagues and competitors.

What advice would you give someone starting in property?

Try lots of things, and don’t be afraid to get involved. Particularly, if it’s over and above your normal job role, give it a go.

You’ll be surprised about what you’ll learn about the industry and yourself. I’ve been in the industry 20 years and I’ve always been in some sort of interactive role – the Industrial Agents Society, the British Property Federation, the Society of Property Researchers. I try to encourage younger members to get involved, too.

What do you admire most about yourself?

If you could have one conversation with someone alive or dead who would it be with and why?

My English grandmother. She met my grandfather during the Second World War. He was stationed in the UK as a colonel with the Australian Army. She later emigrated to Australia with him, in the middle of the war. Alternatively, the journalist Laura Kuenssberg. I was featured in Property Week a couple of years ago in a Separated at Birth with her, and I get approached on the street by people thinking I’m her.

What one thing would you change about the property industry?

Diversity. I was on the committee of the Women in Industrial Property Initiative to help boost opportunities. If you are a young person just starting out, your path to success will not be clear to you if you can’t see people who look or sound like you.