With the 12-month anniversary of the UK’s first coronavirus lockdown this month, the pandemic has seeded a desire for more footloose ways of working among both businesses and their employees, accelerating a shift towards flexible workspace. 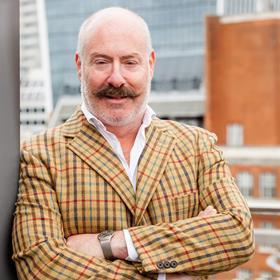 In fact, recent Knight Frank research found that 47% of UK businesses now envisioned that their real estate strategy would include a greater amount of flexible, serviced or coworking space moving forward.

Recognising the resilience of the sector, landlords, particularly those in the retail sector, who are less up-to-speed with flex are increasingly exploring routes into the market and looking to management agreements or joint-venture partnerships with experienced operators to create a lucrative flexible product for their building. Operators who have historically had a freehold model – who understand the role that flexible workspace has played in adding value to their own assets – are perfectly placed to form these partnerships.

However, a plague of issues surrounding the valuation of serviced space is curtailing the development of this arena and has for too long hampered opportunities for successful JVs. A standardised valuation model is necessary if this sector is to reach its maximum potential in 2021.

With the UK economy in dire straits, facilitating sectors with high potential for growth is vital. The UK is the leading global serviced office sector and has continued to expand throughout the pandemic, with its supply growing to 31% in 2020, according to research by The Instant Group. 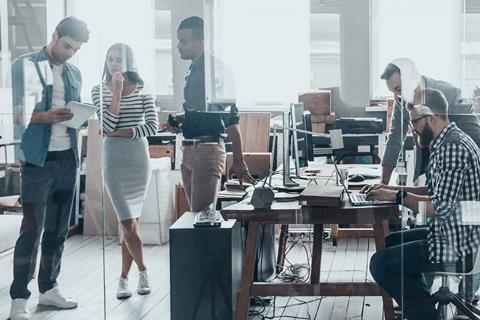 Prior projections have estimated that the value of the market could reach between £62bn and £126bn by 2025. However, the lack of a consistent valuation model from RICS is a leading reason why these predictions are yet to be realised. Indeed, it has been estimated that the sector has been undervalued by as much as 20% due to the use of conventional office valuation method. Without progress to establishing a universal model, undervaluation is likely to persist.

Acquisitions and partnership deals, as well as the post-pandemic recovery of the UK’s CRE sector, could also be set to suffer as a result, a worrying thought given that, in London alone, 35% of pre-pandemic office deals involved flexible workspace operators. Denying one of the largest growth areas in the sector the standardised framework it deserves is a great impediment to its success.

For retailers and traditional office landlords, the potential of the flexible workspace market is acutely apparent, with many now looking to capitalise on its commercial advantages post-pandemic.

As their appetite for flexible workspace increases, landlords are recognising the potential of partnering with an operator. Uncertainty around valuation models, however, can be a hindrance to the success of such deals.

There is, however, light at the end of the tunnel. In the absence of resolution from RICS, several alternative valuation models have been put forward that recognise the unique qualities of flexible workspace that offers amenities, hospitality and business support functions alongside desk space and square footage. Any framework must amalgamate the various revenue streams that come with offering space as a service.

One such model is OSiT’s own ‘Fuchs Formula’. This model would split the annual income generated by the flexible workspace centre into two or more tranches, applying a market yield to the first tranche up to ERV and then discounting the yields applied to the outstanding income based on its variable nature.

In doing so, the formula should allay worries about the shorter average lease lengths taken by businesses in the sector, while the fact that a flexible workspace is home to multiple businesses mitigates against the risk of any single client moving elsewhere – a serious concern for traditional commercial property landlords.

With some surveyors forced to use models traditionally reserved for valuing public houses, crucially discounting the trading potential of a building, rather than incorporating and valuing the actual operational income under the existing ownership, the universal adoption of a method such as the Fuchs Formula would simplify and resolve a great deal of confusion in the sector, allowing the market to grow unabated.

Don’t fall at the first hurdle

The office market has been undoubtedly blessed with a silver lining over the last year, with the shift to flex promising to safeguard revenues for both landlords and operators long-term. It is ultimately important for the sector to pull together and ensure this potential is not wasted by the semantics of valuation. This should not be a free for all, but rather a community effort to standardise and implement order before growth is halted by lack of assiduousness.

Giles Fuchs is CEO of Office Space in Town (OSiT)