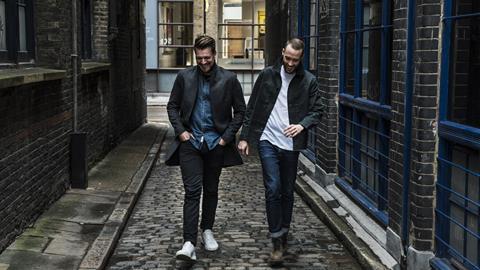 Founders of Kontor map out its future

When James Townsend and Luke Appleby launched new office agency Kontor in 2015, all they had were a couple of laptops and a lot of ambition. They also had a client in the form of WeWork, at the time a relatively new and unknown entrant to the London office market.

Fast-forward to today and Kontor – so named because it is the Swedish for office and is a play on contour, as in map contours – employs 24 people and has acquired more than 3m sq ft for almost 500 clients across many countries in the five years since its launch. It has also laid down roots overseas, opening a New York office in November 2018.

Four years after Property Week first interviewed Townsend and Appleby at their base in an east London flexible workspace centre, we caught up with the duo again to find out more about their global expansion plans.

When the company launched its New York operation, it was a big call given that Kontor was still a relatively new player in the agency world and had little experience of the US market.

Townsend says the venture was not necessarily part of a grand masterplan. Kontor expanded overseas organically primarily because of the growing needs of its client base, which is heavily weighted towards the tech sector and particularly start-up businesses looking for flex space.

“Ultimately, what led us to New York is that a number of our clients were coming to us who were getting to a series-A, series-B element of their journey, where they’d gone through their scale-up phase and were now looking at international expansion, and the obvious port of call for them was the US,” he explains.

“But rather than us give up that relationship and hand them over to a local broker – and essentially then JLL, CBRE, Cushman or whoever it might be getting in and stealing our work in the UK off the back of it – we thought actually, we need a presence there. We need to support them on that journey and be there on the ground.” 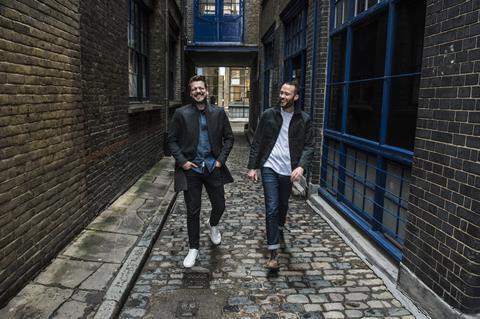 Having researched the local market for around 18 months, the duo established a New York base, with Townsend dedicating a larger amount of his time to setting up the venture.

“We felt that we had enough of a grounding here in the UK and a dedicated team that were firing on all cylinders to allow one of us to step out and for either Luke or myself to go to that market and hopefully crack on with it without it being detrimental to our UK business,” he says.

It helped that when Kontor decided to take the plunge, the company had been working closely with WeWork for a few years. Kontor acted for the flexible workspace brand on a lot of its early UK sites and helped WeWork rapidly grow its footprint in London. Thanks to this connection, Townsend and Appleby attended regular meetings with WeWork’s team in the US.

“We had a little bit of an understanding of the market, not in a transactional sense, but in terms of the geography and how it all works,” says Townsend.

Along with Kontor’s chief operating officer Alexandra Sutter, Townsend started meeting local landlords to find out what the “pinch points” were in the market.

“Then we kind of stress-tested it with a couple of our clients and said: ‘Look, if we were there on the ground would you want to use our service or would you go to a local broker?’” says Townsend.

“What we found was how the local brokers go about things is a lot more cutthroat. It’s a lot more short-term with regards to their thinking and no one was there on the ground really supporting people through that journey and ultimately wanting to work with them for the long term.”

The other key advantage Kontor had over local brokers was its experience of the flexible workspace market thanks to its dealings with WeWork and other flex operators – around 80% of Kontor’s work is flexible office brokerage and the rest is traditional leasing.

Townsend notes that although the flexible workspace sector had gained traction in New York, flexible space accounted for less than 5% of the total office market.

“No one was doing flexible brokerage in a consultative approach working with companies that are 10 to 200 desks where they’re looking for something short term or flexible – ie. under two years.

“We just felt that the market was ready for us so it wasn’t that much of a risk really. And we’d already got a pipeline of our UK and European clients who we knew were expanding [to the US], so we kind of had a ready-made list of people who wanted to go and jump in,” says Townsend.

“We spotted quite early on that there was a real gap in the market.”

Appleby admits that establishing a US base was not without its teething problems. “Everything felt like it took twice as long and cost twice as much,” he recalls. “It took up a good stint of JT’s time going through all those administration headaches that were brand new to us.

“It was a massive learning curve and experience for us. But the nice thing is we’re now through that and on the other side, where we can just really crack on and focus on growing the business side of things.”

The challenges it experienced establishing the business also gave Kontor a unique calling card. “One of the key selling points that we had when we first set up Kontor was our relatability to our clients,” explains Townsend. 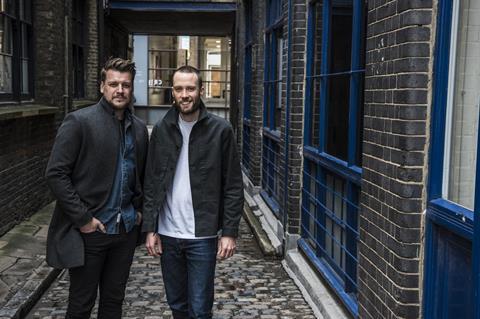 “Now we’ve set up the US office, what we’re able to put in front of our clients who are transferring or opening a new sales office in the US is: ‘Actually guys, you know what? We’ve set up a US company. We’ve had to go and get our visa sorted. We’ve gone through a lot of those kind of HR and set-up problems that you are about to go through.’

“So we’re almost like an on-boarding service in a sense that we can say: ‘Look, here are the guys that we partnered with to do this with and, as and when you’re on the ground, we are ready to pick up the real estate solution at the back end.’ So we’re a bit of a conduit for them entering the market, which helps us really connect with the client.”

“We’ve done a couple of deals with Monzo, who are our perfect client,” says Townsend. “We have gone on a journey with them through start-up, to scale up, to established business. In London, we’ve moved them four times in five years and taken them from what was basically 20 desks in a co-working space to 120,000 sq ft with British Land near Liverpool Street.”

He says the company has forged a similar relationship with Revolut. “We put them into 10 desks [in London]. They’ve now expanded to 50 and they’re out looking for 20,000 sq ft in New York.

“That’s the journey we want to go on with a client. If we can do that, we’re getting into a market with a client that is ready-baked and that the local brokerage community don’t even know about.”

The international growth journey that Kontor likes to go on with its UK and European clients also works in reverse, according to Appleby.

“We’ve done similar things with companies that we meet in New York that are expanding to the UK,” he says. “We’ve done a bit of work with the Allbirds trainer brand, which is a billion-dollar unicorn. We found them their UK office. We’ve also helped Stitch Fix, which has done a $1bn IPO. So it’s complementary.”

“The number of cities across the US that have a population and a GDP that is over and above the majority of those European capitals is quite significant and the opportunity is enormous.”

Looking ahead, the plan is to continue to build up the New York office, which currently employs two full-time members of staff – a senior hire with experience of the local market is due to join in the third quarter of this year.

Kontor is currently busy doing deals across the US from its East Coast base and the duo have not ruled out establishing a presence on the West Coast, where it has already secured a few deals for tech companies in Silicon Valley. European expansion might also be on the cards in the future.

“We’ve already been doing a lot in Amsterdam, Berlin, Barcelona, Madrid and Munich,” says Appleby. “It’s less of a priority at the moment than the US, which is the world’s largest economy.

Townsend agrees: “It’s about picking off the opportunity that’s the biggest at any given time. I think the networks are there, the clients are there and the availabilities are there.

“We just felt like New York was the right place to start, but we’ll see what happens in the future. There is no reason we shouldn’t be in every major market in the world.”

The company has come a long way since it launched five years ago in east London and looks set to map out plenty of new contours in the next five.