It is amazing that it only became illegal to discriminate against people identifying as lesbian, gay or bisexual in the workplace in 2003. Until Employment Equality (Sexual Orientation) Regulations became law in the UK, you could effectively be sacked for being gay, while trans people did not receive protection until 2010. 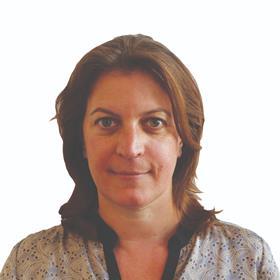 Since then, we have had the Adoption and Children Act allowing same-sex couples to adopt, the arrival of Civil Partnerships and the Marriage (Same-Sex Couples) Act in 2013.

The property industry’s own landmark moment came in autumn 2011, when Freehold was launched as a networking forum for the UK real estate world’s LGBTQI+ professionals – and on 21 October Freehold will be celebrating its 10th anniversary.

So how did Freehold come about? What was the property world like for LGBTQI+ people 10 years ago? And what can real estate do to improve the working environment to make it more inclusive for Freehold members as well as other minorities?

It all started in 2011 when co-founders David Mann, a surveyor and partner at Tuffin Ferraby Taylor, and Saleem Fazal, a lawyer and partner at Taylor Wessing, were working for the same client and met with their respective other halves (now husbands) in a bar one evening.

When they met socially it was slightly awkward, but over a drink they acknowledged to each other that as experienced real estate professionals they were hiding something important about their lives.

The property industry, they accepted, was not a place to acknowledge your sexuality unless you were straight, which meant that a lot of people must be feeling less than fulfilled at work, so they decided to do something about it.

Freehold was launched with an event at Taylor Wessing in September 2011, with the expectation that 10 to 15 people would turn up. On the night, 60-plus people attended, and David and Saleem realised they were tapping into something much bigger that was clearly needed in the industry.

At one stage in Freehold’s infancy, one large property company, which was clearly out of touch with its workforce of 1,500 people, was approached to hold a networking event. It said that to its knowledge no one in the company identified as LGBTQI+ so it did not see a need for a networking event.

My own experience of being a gay woman in the property industry has been mixed. I was very much in the closet until I met my partner (now wife) of 23 years. Since 2000, I have worked at London’s leading residential real estate company Residential Land.

Residential Land’s founder and chief executive Bruce Ritchie, as a straight ally, has co-hosted Freehold networking events with me, and we are planning to host more Freehold events in the future. The ethos here at Residential Land is that we all have something to contribute and differences are embraced and championed.

There is still a long way to go and language is key within a working environment. It is good to be aware of who is around you and the impact your words may have on someone. This includes social platforms and WhatsApp groups where banter can easily spill over into something damaging to individuals and, indeed, company culture. Discrimination in any form is wrong. This has become so important to companies not only in the property industry but across the board that many have created new diversity and inclusion teams to work alongside HR.

The tide began to turn for Freehold in the middle of the last decade – certainly helped by laws that have been enacted offering protection and equality for people identifying as LGBTQI+ – and for the big agencies the penny began to drop around 2015.

I was worried in the early days about tokenism. However, supporters of Freehold such as Knight Frank, JLL, Cushman & Wakefield, Savills and CBRE, British Land, LandSec, Shaftesbury, Grosvenor as well as many others have proven to be very solid. I can, of course, only speak for London; the regions still have a way to go.

Over the next 10 years Freehold would like to do more for its women members who are a minority within a minority in real estate – and I am in the process of organising a women-focused event with allies.

Freehold currently has 1,000 members and is constantly growing. If you would like to host an event, contact Freehold directly and someone will be in touch.

But for the moment, let’s raise a glass to Freehold at 10. It is holding a 10th anniversary gala on Thursday 21 October, with profits going to LandAid. The industry has come a long way in the last 10 years, so let’s keep up the progress over the next 10 as well.

Emma Whitby-Smith is head of investments at Residential Land