Freeports are a huge opportunity for mid-sized UK cities

With trade set to be more important than ever to the UK economy in a post-Brexit world, mid-sized cities across the land can play a vital part in the country’s wider commercial future. 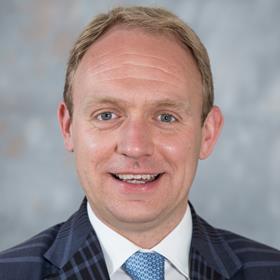 To this end, freeports rocketed up the national agenda in the Spring when the chancellor announced the awarding of freeport status to eight cities and regions across England, with more due to be announced in the devolved nations in due course.

Freeports are not new, my city of Southampton has been one before from 1984 to 2012, and there are hundreds around the world. However, Rishi Sunak’s statement clearly signalled a new intent to turbocharge economic activity in a number of widespread locations that would be benefit from this special status.

For the unfamiliar, a freeport is a designated special economic zone whose aim is to encourage investment and economic activity in and around their specific location. People tend to think of maritime ports, but they can be airports too; the Solent Freeport will include the ports at Southampton and Portsmouth as well as Southampton Airport.

What makes them special is that normal tax and customs rules do not apply within the freeport area. In particular, the removal of tariffs on imports is designed to encourage businesses, particularly manufacturers, to import goods, build products and then export them all from the same place. As leader of Southampton City Council, this clearly represents an exciting opportunity to attract new businesses to the city, boost the local economy and generate jobs.

One of the key considerations for determining which locations would be successful in the freeport bidding process was that bids be “aligned with present and future government objectives – levelling-up and industrial strategy”.

The importance of improving the fortunes of these areas should not be underestimated. The government has long stressed the importance of ‘levelling up’ those parts of the country that are deemed to have been left behind, and the creation of the latest batch of freeports was a response to that agenda. It was a deliberate government policy to pick one bid per region to ensure no regions missed out.

Key Cities, a network of 25 mid-sized cities throughout the UK (of which Southampton is a member), welcomed the government’s commitment to resurrect the concept of freeports. We were delighted to hear that five out of eight successful freeport bids awarded included six Key City member councils in the winning teams – Hull (Humber Region), Plymouth, Salford (Liverpool City Region), Southend-on-Sea (Thames) and Portsmouth and Southampton (Solent). 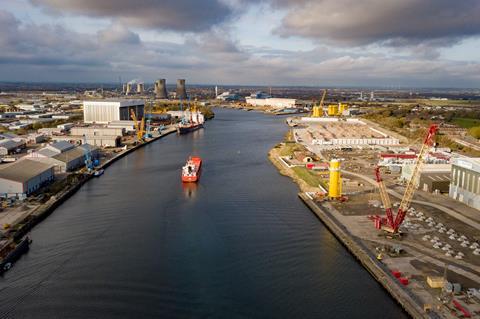 Allocation of freeport status would always create winners and losers, the success of neighbouring Teeside meant Sunderland (as part of the North East bid) missed out.

It is therefore important that the government sets out the roles likely to be played by those locations that were not afforded freeport status, but which are geographically close to those that were successful. Various economic advantages are enjoyed by existing enterprise zones in England, and we believe something similar should be afforded those communities close to a freeport location.

Winning bidders are now working hard to submit detailed business plans to MHCLG ensure we can match the government’s ambition to get our freeports up and running by the end of the year.

To be successful in the long term, the need to work together, share intelligence, knowledge and best practice whilst understanding our unique selling points to avoid fighting over the same opportunities, will be crucial.

For example, at Solent we are looking to the wider world as 92% of Southampton’s exports go to outside the EU. We’re hoping for £2bn of investment in the region that could create up to 52,000 new jobs.

On the Humber, Hull will be well placed to continue to attract the high levels of investment and quality jobs that have been delivered in recent years thanks to their burgeoning low carbon economy.

Plymouth’s successful bid is recognition of their activities in areas such as marine and defence innovation, manufacturing and light processing, warehousing and staged imports.

This makes it clear that a ‘one size fits all’ approach would be inappropriate when considering the significant differences in freeport locations and their local communities – a point Key Cities made in its submission to the government’s pre-submission consultation.

To demonstrate the success of freeports, it’s crucial that we quantify the tangible benefits that are being delivered, from the number of new businesses moving into these areas, to the increase in business rates they will pay, to the total inward investment received, and so on. This is something the Key Cities network will be studying closely in the coming months after the Freeports are launched.

Whilst there remains more work to be done around how freeports will work, they are an incredible opportunity, and if we can balance working together whilst steering our own course then I believe that freeports will make a crucial and positive contribution to UK plc and create a new opportunity for jobs and investment into areas that really need it.