From Hong Kong island to Ireland?

In July, The Times reported that Hong Kong billionaire Ivan Ko had discussed with the Irish government plans to build an autonomous 500 sq km city for 500,000 Hong Kongers in one of six identified sites in the Republic of Ireland. 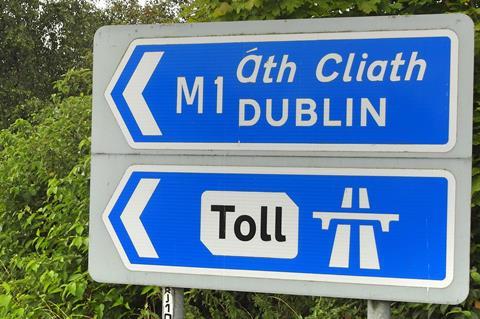 Ko, founder of the Victoria Harbour Group (VHG), which is “dedicated to building a new city for the Hong Kong people” displaced as a result of rising tensions with mainland China, said he liked Ireland because of its low corporation tax, strong manufacturing and biomedical companies and the presence of major tech giants.

Add Brexit opportunities for the financial services industry to the mix and “overall, we think Ireland is very good”, he later told The Guardian.

The idea has some Irish commentators rubbing their hands at the prospect of significant inward investment. However, others dismiss it as a sci-fi fantasy.

So, how realistic is Ko’s vision to build what has been branded ‘Nextpolis’ on the Emerald Isle?

Since making his initial announcement, Ko – who declined to comment for this article – has downgraded his plans for the city. Now, he envisages 50,000 people inhabiting a 50 sq km area, which would make it Ireland’s fifth largest city.

Property Week understands that a number of potential sites have been identified and that Dundalk and the M1 corridor are front runners.

Over the past month or so, Ko has not spoken publicly about his plans and the whole idea would be easy to dismiss as folly were it not for a meeting that took place on 14 August between a VHG representative and a spokesman for Dundalk’s chamber of commerce, Paddy Malone.

After news broke about Nextpolis in July, Malone was contacted by a Guardian journalist who was following up on The Times’ original report.

Malone, who has been an Irish political activist since the 1970s, is an unabashed champion of the M1 corridor, which connects Dublin and Belfast and is topped and tailed by international airports. His passionate belief in the area led to its inclusion in Project Ireland 2040’s national planning framework.

“I have been preaching that the M1 corridor is fit for purpose and major expansion. We’re ready for business and have all the infrastructure in place,” he told The Guardian.

The newspaper printed the story on 28 July at 2.47pm. By 4.30pm, Ko was following Malone on Twitter.

“After that, various others contacted me and asked: ‘What do I think?’ To be honest, I didn’t know whether this was an August story to fill space or whether there was genuinely anything to it,” says Malone.

On 10 August, Malone was contacted by Ko’s VHG representative requesting a meeting in Dundalk.

The VHG representative, who Malone describes as an Irish man based in Dublin, said the Dundalk area was being considered as most favourable and that the group wanted to purchase land within a year, with 15,000 Hong Kongers being moved to Ireland within five years.

“He said it would be everyone from bosses to middle management to operatives,” says Malone. “It wouldn’t be class- or wealth-defined in any shape.”

Funding was not mentioned but “he was talking about putting in a bit of infrastructure, a university, a hospital and light rail”, says Malone, adding that Ko is set to visit Dundalk at the end of September.

The idea of relocating Hong Kongers to Ireland is not new. UK government papers published in 2015 reveal that in 1983 it was suggested that the entire Hong Kong population of five million should be given the option to move to Northern Ireland, specifically to a new city to be built at Magilligan between Coleraine and Derry.

“For good or bad, the UK foreign office treated the proposal as a bit of a joke,” says Dr Esmond Birnie, senior economist at Ulster University Economic Policy Centre.

As for Ko’s Nextpolis proposal, Birnie says: “In terms of overall economic impact, 50,000 people is about 1% of the RoI’s current population. The gain to employment might be even greater proportionally – say, 30,000 extra in work compared with about two million now – so a 1.5% gain.

“Given the likelihood that the Hong Kong émigrés would be qualified, expect some uplift to productivity. So a gain to RoI GDP of 2% is possible.”

Birnie thinks there would also be gains for Northern Ireland’s economy. “Hong Kong people could choose to go to the UK given the existing offer of UK citizenship and live in Northern Ireland in order to commute across the border to the new city.”

While there may be benefits both north and south of the Irish border, a number of practicalities need to be considered. For a start, there is the problem of integration.

“A standalone autonomous ‘Chinatown’ in the middle of Ireland seems like a concept from a sci-fi movie rather than a really viable project, but the world is an odd place currently so who knows,” says Martin McDowell, managing director of Belfast-based Osborne King.

His words are echoed by David Gavaghan, founder of Aurora Prime Real Estate, who calls it a “folly”.

“[What] the last few years have taught us in terms of successful integration of an immigrant community is the need to ensure it weaves seamlessly into the existing community,” he says.

“Creating a modern-day ‘ghetto’ somewhere along the eastern corridor – whether rich or poor – looks like a mad idea.”

Malone is quick to try and allay these concerns. He says that the VHG representative accepted “that whatever came would have to be integrated within the community. We would not be that comfortable with a situation of a ghetto, no matter how wealthy. That is not going to be conducive to anywhere”.

So if it does become a reality, what would Nextpolis actually look like?

On the planning side, Raymond Tutty, head of planning at Savills Ireland, says that plans for the site could take three to five years to draft. “Once in place, you look at the residential floorspace, retail, schools and general layout, and the planning process speeds up from there,” he says.

“It seems likely that the development will generate sufficient demand for 50 hotels and 4,000 to 5,000 bedrooms,” adds David Harper, director of Leisure Property Services.

As the world continues to deal with the Covid-19 pandemic, Nextpolis in Ireland may not be top of the list of priorities, but Paul Henry, director of consultancy and strategic projects at Osborne King, says people should at least consider the idea.

“Standing back, any inward investment in Ireland should be considered if supported by a creditable backer and creditable organisation. It should be given a fair hearing, and investigated because that can only be to the benefit of all the people on the island.”