7
From just-in-time to just-in-case
Insight

From just-in-time to just-in-case

Recent events have thrown the fragility of global supply chains into sharp relief. Covid-19, the US/China trade war, soaring labour costs and Brexit are forcing many businesses to reassess their increasingly stretched supply chains. ‘Just-in-time’ logistical models are out. ‘Just in case’ is in. 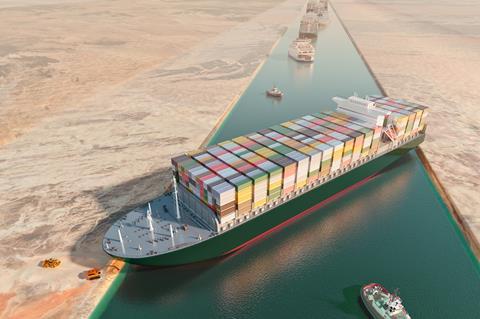 As a result, UK businesses are holding on to more stock closer to the point of sale, driving availability of warehouse space to an all-time low. “The nationwide vacancy rate is currently at its lowest-ever level of 3.4%,” says Kevin Mofid, head of industrial and logistics research at Savills. “Supply is constrained even further in many core markets. In the East Midlands, the heart of the Golden Triangle, the vacancy rate is 0.6%.”

So what does all this mean for global trade flows and the dominance of the Chinese manufacturing sector? Are we going to see more companies move towards nearshoring or even a renaissance of UK manufacturing? And what are the real estate implications of all this?

No prizes for naming what has throttled the supply of UK warehouse space most. As Covid-19 began to spread across the planet in early 2020, demand for space went through the roof and availability began its inevitable decline. With the population in lockdown and many bricks-and-mortar retailers shut, businesses needed somewhere to store inventory and bases from which to serve booming online sales.

“From an industrial perspective, Covid-19 has undoubtedly had the most significant impact on the sector, having driven massive demand for ecommerce as well as a desire for increased supply chain resilience and levels of stockholding,” says Andrew Jackson, principal and managing director for industrial at Avison Young.

“Ecommerce has been the most significant factor within this; however, the Covid-19 crisis also led to an immediate increase in warehouse requirements for manufacture and stockholding, most memorably PPE for the NHS. Brexit has also had an effect, with Brexit-related supply chain issues leading to more stockholding, as well as some reshoring of manufacturing, in spite of the greater costs.”

Add incidents such as container ship Ever Given running aground and blocking the Suez Canal for six days in March, and DPD suspending road deliveries between the UK and the EU in January in response to more complex post-Brexit customs procedures – on top of a 351% year-on-year increase in the price of Chinese shipping containers (Drewry, 23 August 2021) – and it is easy to see why Jackson describes the situation as a “perfect storm”.

As a result, supply chains are under scrutiny like never before. “Any market uncertainty forces companies to re-examine the robustness of supply chains for fear of business interruption and all the negative consequences that can bring,” says Andrew Bird, managing director of Tilstone Partners, Warehouse REIT’s investment adviser.

“The market has turned from ‘just-in-time’ to ‘just-in-case’ supply and stockholding policies, with the additional new benefit of avoiding the short-term risk of price escalation for input goods. With these strategies now a priority, companies require additional warehouse space and are prepared to commit to longer-term leases to provide greater security against a backdrop of constrained supply. The competition for new space is driving rental growth.”

Mofid agrees with this analysis. “As time has passed, companies have been reorganising their supply chains to adapt to a post-Covid world, which also contains many other externalities such as new trading arrangements with the EU, the lack of HGV drivers and the move towards more resilient supply chains,” he says, adding that the problems are compounded by the space shortage.

“While this has been happening in the occupier market, we also have issues in the construction supply chain, meaning it is taking longer to speculatively build new warehouse space. The combined impact of rising demand and the challenges of building new space have conspired to see vacancy reduce to current levels.”

Supply chain resilience is becoming a key consideration for businesses, with many looking to shorten the distance between manufacturing and final destination, and therefore their exposure to any future disruptions. This means that China is not as competitive a prospect as a manufacturing base as it once was.

This is underlined by Savills analysis last year that showed China’s unit wage costs had risen by 285% in the first 20 years of this century. In comparison, India, Thailand and Cambodia have seen respective increases of 132%, 26% and 12%. Only Vietnam has seen unit wage costs increase at a rate comparable to China’s, but Vietnamese workers still earn about half per unit of what their Chinese counterparts do.

“As our recent study on global manufacturing demonstrates, the cost competitiveness that China once had is in the process of being eroded,” says Mofid. “Issues around energy availability in China, congestion at the ports and other macro issues could see manufacturing divert to other Asian economies such as India or Vietnam.”

That doesn’t mean that anyone is writing China off. “No matter what may be happening with supply chains or shipping, in all scenarios China will remain a vibrant manufacturing hub and an essential trading partner to the world – it’s just so dynamic a nation,” says Logan Smith, head of European logistics at Hines.

“That said, a potential reshoring of some manufacturing will likely happen due to its inherent complexity. With the hundreds of suppliers, subsuppliers and 3PLs involved in each supply chain, a switch cannot simply be flipped to magically ‘reshore’ overnight. Supply chains will be required to be more agile, and this will likely lead to continued demand for warehouse space, whether for marginal manufacturing capacity or additional safety stock.”

Savills tips Ukraine as a likely hotspot for future nearshoring of manufacturing, by virtue of its very low labour, real estate and energy costs by European standards and direct road and rail links to western European consumer markets. Other likely hotspots include Serbia, with its ease of overland access to western Europe and Asia Minor; Russia, due to its proximity to Asia and Europe; and Morocco, which is already a major textiles exporter to Europe.

”In the longer term, I expect there will be greater levels of stockholding, as well as an element of reshoring manufacturing, although this could be into Europe rather than the UK itself,” says Avison Young’s Jackson. “While everything depends on diplomatic relations with China, a significant realignment would be unlikely.”

He adds: “What may drive reshoring further is the increased focus on ESG by business, and in particular the attention on the distance travelled by their products, which may lead to some changes to supply chains to the detriment of the Far East. We are seeing companies place a far greater focus on sustainability in the logistics buildings they are taking and expect this approach to extend to their supply chains.”

This could lead to greater volumes travelling greater distances by rail. “Eastern Europe will benefit if there is a marked increase in the movement of goods by rail from China,” says Mofid. “However, this will not work for all product categories. Certain fast-moving products such as electronics, food and clothing will always require faster supply chains than moving by rail will allow.”

He adds: “Global supply chains take years to unravel and reorganise and are ultimately tied to where product enters the market. This means that we don’t expect demand around ports and airports to substantially decrease. It is all about finding the right supply chain for the right product.” 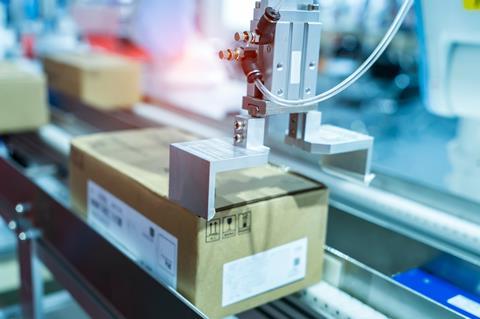 There is another factor that could bring manufacturing and greater levels of stockholding back into the UK: the giant leaps that have been made in automation technology, which allow companies to avoid high labour costs and workforce shortages arising from Brexit. Indeed, the UK government says innovation is one of the three pillars of its Build Back Better vision.

He points to XPO Logistics’ fully automated distribution centre for Nestlé at East Midlands Gateway as an example, and adds: “The government has somewhat nailed its colours to the mast regarding its ambition for a high-wage, high-productivity economy. Given this requires high levels of efficiency and investment in buildings, we can hope to see government support for automation providing the certainty that businesses need to invest.”

By automating warehouses, companies can overcome labour shortages, hold more items and increase speed of delivery while insulating themselves from the kind of supply chain shocks that have rocked the world in recent years.

“There’s no labour shortage of robots, so the technology can grow with businesses as and when they’re ready,” says Jeremy Clouston-Jones, UK managing director of automated warehouse solutions provider Element Logic. “Warehouse automation reduces the need for manual labour as the system can achieve the same throughput with significantly fewer operators.

“A good example of a UK business using automation to overcome higher labour costs is football equipment supplier Direct Soccer. It started with seven robots picking from almost 8,000 bins. However, it is planning to expand the system over three phases to 21,000 bins.”

Such technology doesn’t necessarily mean replacing humans with robots, however. “Rather than replacing jobs, technology is enabling the workforces that run supply chain processes to work smarter and increase performance without adding headcount or capex,” says Matei Beremski, CPO and co-founder of the AI logistics platform 7bridges.

“We’re seeing teams across operations, warehousing and customer service spend time on managing data and using digital tools to drive automation across the full spectrum of logistics orchestration. This move away from using manual processes to manage systems and data is the key to unlocking greater overall supply chain value, by an order of magnitude.”

In essence, such technology is helping to reduce the fragility of supply chains that events such as the pandemic have exposed. “The businesses that have already deployed these types of technologies have weathered the blows dealt by Brexit and the Covid pandemic better than others,” continues Beremski.

“We’ve seen our own customers rapidly adapt to things like border closures and the DPD road service cancellation at the start of the year thanks to the automation of processes such as logistics carrier selection. While some businesses were unable to fulfil orders, [our customers] were able to change routes and logistics carrier in near real time, avoiding disruption.

“So, while it’s likely that we will continue to see automation replace certain jobs in places like warehouses, it’s not necessarily replacing the wider workforce involved in supply chain management. It’s actually empowering this type of employee to work smarter, so they can help optimise their supply chains while reducing costs and without increasing headcount.”

In other words, it will help build resilience. And if our supply chains need anything in today’s uncertain world, it is resilience.