​From RE to HR: rehumanising the workplace

For more than 30 years, as the founder and chief executive of IWG, I thought of myself as part of the real estate industry. However, in more recent times I’ve come to realise that my role has at least as much to do with HR as it does with commercial property. 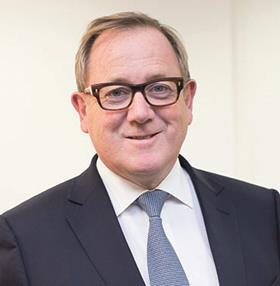 That’s because at a basic level, just like an HR practitioner, my job is ultimately about empowering people to work more effectively, efficiently and happily.

Put simply, my business helps companies and individuals across the world to work however, wherever and whenever they want. We do this by giving them access to the latest technology, a global network of flexible workspaces and a comprehensive portfolio of support services.

During the pandemic, our ability to free people from the need to go to a centralised workplace five days a week became more important than ever. As a result, the ‘hybrid working’ model is now the preferred solution for millions of people and many thousands of companies right across the world.

And the reasons it is so popular aren’t hard to find.

The end of the commute

I’ve often said that little has done more to add to the grinding misery of the human condition than the daily commute, affecting people in otherwise fantastic careers, in fabulous cities and with great employers.

The commute separates families, fractures communities, pollutes the environment and wastes vast amounts of time and money. And it only exists because, as corporate structures grew more complex in the 19th and 20th centuries, there was no alternative to herding people together into centralised spaces where they could be watched and managed. Or, if you prefer, ‘controlled’.

This is the scenario that led to what was until recently the most prevalent real estate model, with companies taking long leases on large city centre spaces filled five days a week by often unwilling workers. Those days, thankfully, are clearly coming to an end – enabled by technology, driven by demand and accelerated by circumstance in the shape of Covid-19.

For me, few statements better summarise the newly emergent human-centric approach to the workplace than this bold statement on Spotify’s website: “Work isn’t somewhere you go; it’s something you do.” Very, very neat.

We’re also at a moment when the fear of technology as a dehumanising force is clearly on the wane after many decades at the forefront of popular culture and thinking. Just think Frankenstein and Metropolis; or 2001: A Space Odyssey and Blade Runner; or I, Robot and any one of the Terminator movies.

I now sense that tech is instead becoming increasingly recognised as a power for ‘re-humanisation’.

And I’m far from alone. This is what Tanuj Kapilashrami, group head of human resources at Standard Chartered Bank, has to say: “Our strong point of view is that as machines get better at being machines, humans can get better at being humans. The real magic happens when technology and humans come together.”

And that is the real prize that’s up for grabs today: the opportunity to create a working infrastructure and environment where people are empowered to be at their best and happiest.

Brian Chesky, co-founder and chief executive of Airbnb, puts it well: “The best [workplace] solution should provide the best of the digital world and the best of the physical world. It should have the efficiency of Zoom [other services are available], while providing the meaningful human connection that only happens when people come together.”

For me, the most exciting consideration in all this is that we – those of us who most people still think of as being in the real estate industry – have an amazing opportunity to add to human happiness and efficiency by creating flexible workspaces sited where tech-empowered workers and businesses most want and need them.

Just look at some of these stats. IWG research shows that, having tasted the freedom of remote working during the pandemic, 72% of employees would forego a 10% pay rise rather than return to the old Monday-Friday routine. Nearly half, in fact, would resign if asked to return to the office five days a week. An amazing 77% say an office that’s close to home is a must-have for their next job. And they’re four times more likely to choose an office that’s close to home rather than in a city centre.

This clearly illustrates the appeal of the hybrid model is only fractionally about working at home. It’s a third workplace option – that of a satellite office, close to where they live, somewhere they can go for meetings, for company or just a change of scene – that’s most appealing.

Employers are quickly recognising this, and at IWG we’re finding that space in former dormitory towns, the suburbs, villages and even in the deepest parts of the countryside is racing up the property wish-list of companies of all sizes across the world. This is because they increasingly recognise that in a post-Covid world, meeting the needs of their people is their most urgent priority as they fight to attract and retain the very best talent.

And it works. For example, Standard Chartered has signed a deal with IWG giving 95,000 employees access to 3,500 of our offices around the world, enabling them to work in more convenient locations closer to home while benefiting from professional office facilities including state-of-the-art technology.

According to Kapilashrami, the hybrid-based, tech-enabled approach “opens so many opportunities”. She adds: “We are trying to create the future of work, which is all about agile, collaboration, growth mindset and learning culture. Technology offers a massive opportunity to democratise access and give consistency of experience.”

This, and the many similar commendations I hear all the time from thousands of customers, is music to my ears. And not just because it is such a powerful growth driver for IWG; I see in action all the time how a truly flexible mindset is creating happier companies and happier employees everywhere.

That’s massively rewarding. And it’s why my team and I welcome as franchisees and partners those landlords across the world who’d like to see their properties become part of the only truly global happiness network, enabling companies everywhere to put their employees first.

Mark Dixon is founder and chief executive of IWG