Gove is a serious change agent

In my next life, I want to come back as a government sign writer. Politicians (and yes, I confess, I was one) appear to believe that changing the name somehow of itself solves perennial challenges. 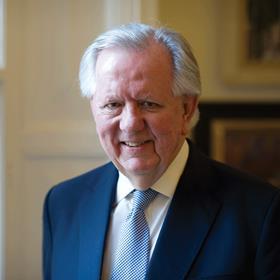 In the property world, we now live with the Department for Levelling Up, Housing and Communities, formerly the Ministry of Housing, Communities and Local Government, formerly the Department for Housing and Local Government. But always the same officials facing the same challenges. In truth, it’s not the name that matters – it’s the people, and in particular the politician who provides the political leadership.

It hasn’t helped that since this government was elected 12 years ago there have been 11 holders of the title. Exclude two – Grant Shapps and Brandon Lewis, both of whom more by accident than design lasted two years – and most of the others didn’t last a year.

“Michael Gove is the most successful cabinet minister of the last 12 Tory years.”

The good news, as I reported at the time, is that our industry has two of the best minds in the government currently in charge. Not a high bar, I hear you cry, but bear with me.

Michael Gove is the most successful cabinet minister of the last 12 Tory years. He is regarded as the most successful education secretary since the war, did a sterling job at Justice unravelling the damage his predecessor Chris Grayling had caused and to everyone’s surprise turned DEFRA – normally a graveyard for aspiring politicians – into a great success. Badger lovers and farmers both loved Michael. I predicted that he would be a careful and serious change agent and so it has proved.

In a remarkably short time, he has addressed the cladding issue more cogently than most thought possible. Some developers are unhappy at his solution, which they describe as close to blackmail, but they’ve accepted and paid up. It won’t solve all the problem but it goes a long way and the widening of the levy to cover all fire risk issues is a step in the right direction.

Next he’s turned his attention to reforming the way we provide affordable housing and in particular the appalling way we are required to negotiate Section 106 agreements in a way often described as cheque book planning. Not only has the definition of what can be mitigation of the impact of development been extended over time so that it can cover almost anything on the council’s wish list, but as Gove points out, it often produces an outcome that is not truly affordable.

The idea of levy is not new. We need to know much more about how it will operate, but personally I have always thought a levy would allow me to know in advance what the total cost of development is going to be, which in turn leads to better quality and importantly quicker decision-making. He might well want to combine abolishing the S106 regime with a serious look at how this sits alongside the Community Infrastructure Levy (CIL). It’s a combination that has been recognised as suboptimalfor a decade.

Before he arrived in his new department, Gove knew his predecessor Robert Jenrick’s dramatic proposal to throw the planning baby out with the bathwater and move to a zonal system was dead in the water.

He clearly had to tread carefully rather than disagree so openly with a former colleague, but it was only a matter of time before again, in evidence to a House of Lords Committee, he quietly buried the zonal corpse. And while future proposals are yet to emerge, you can guarantee common sense will be the thread running through them.