The chancellor’s announcement that the government will provide £5bn of funding and levy a 4% tax on developers with profits of over £25m to pay for the cladding crisis misses the mark. 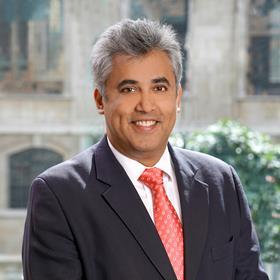 It is very disappointing! For flat owners caught up in the cladding nightmare, there is no extra money in the Budget – just the government announcing a way to claw back some of the funding it has long promised but largely not yet paid out. For the biggest residential developers, there is a public pointing of the finger and a new drain on profits to contend with. And for the public who have not looked at the detail, there is a sense that the government has identified the culprits and is making them pay accordingly. Wrong, wrong and wrong again.

Twice as much extra money is required to fix the scenario we find ourselves in, but it is also worth pointing out that a much more targeted approach to what is and is not safe is required as a matter of urgency. Those trapped in ‘unsafe’ homes have the right to fully understand the level of risk to them, rather than having to focus on whether they have the right documentation to enable them to sell or having to contend with impossible bills for remediation.

If their homes are unsafe, they should be remediated with government money funding those works on the basis that it will be recovered once the proper chain of legal causation has been worked through. That will not be simple, quick or cheap, but it is essential if all parts of the industry are not to keep repeating the same mistakes. To the extent that regulatory failure was responsible, funds should come from general taxation and the deep failings in the system should be addressed with fundamental reform.

Developers will be understandably loath to put their heads above the parapet, but the reality is that they have been picked out in a random way that masks the complexity and source of the problem that has led us to this point. Their continued encouragement and activity are essential; not least for the levelling-up agenda to have any chance of success.

What cannot be allowed is for this to be seen as any kind of resolution to a huge problem from which the government can now tiptoe away.

Jeremy Raj is head of residential property at Irwin Mitchell