The business rates announcements made in the Autumn Spending Review did not go far enough for many. Rather than abolishing the system entirely, the chancellor instead opted to make it “fairer, more responsive and more supportive of investment” by introducing a number of additional reliefs. 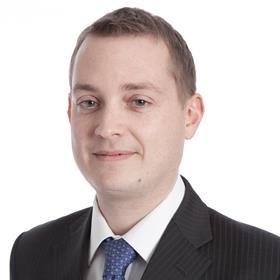 With COP26 on the horizon, many were eagerly awaiting further incentives to encourage the transition to net zero. In that regard, the review did include the following additional measures from 2023. It included a new business rates relief “so that no business will face higher business rates bills for 12 months after making qualifying improvements” – one of the stated aims of which was to support net zero targets and which was in line with the CBI and British Retail Consortium’s recommendations. It also included exemptions for eligible plant and machinery used in onsite renewable energy generation and storage (eg solar panels) and relief in respect of heat networks in order to support decarbonisation.

While encouraging climate change mitigation measures is crucial, many landowners will also know that the adaptation of existing buildings is likely to be required in the near future and will come at a substantial cost. Floods and record-breaking temperatures are here to stay. Although non-domestic buildings are more likely to have air conditioning and that does mean less of a problem from rising temperatures in the short term, longer term most systems are not designed to cope with prolonged periods of significantly raised temperatures and additional measures may have to be considered such as improved ventilation and cooling systems, exterior shutters and better shading in external communal areas. Commercial buildings are also not immune from increasing flood risks and additional flood mitigation could be required.

The rates reliefs that are to be introduced are welcomed but more detail is required to understand exactly what they will apply to and how they will be administered. Alongside measures to assist with climate change mitigation, landowners will need to consider the cost of adapting existing buildings to our changing climate and will no doubt look to the government for further support in meeting those costs.

Patrick Morris is a partner at Trowers & Hamlins