It is becoming harder and harder to ignore the effects of climate change. Forest fires, melting ice caps and freak weather events underline the impact human activity is having on the planet. 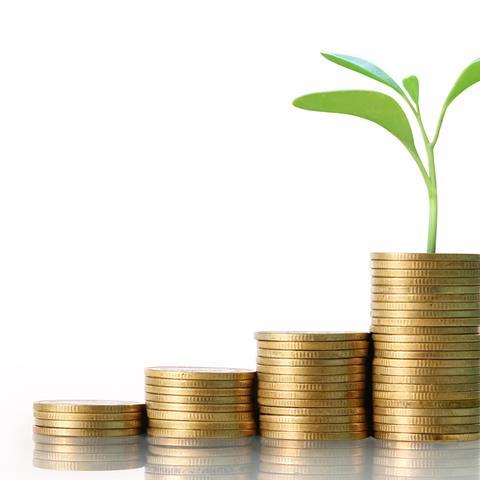 One of the biggest contributors is the property industry, with an estimated 40% of carbon emissions caused by the built environment, which is why Property Week teamed up last year with the UK Green Building Council (UKGBC) to launch The Climate Crisis Challenge – now in its second year with the original partners joined by a raft of new supporting partners.

One of the issues we wrote about last year and will be on the agenda again this year is the rise of green loans.

Derwent London was the first UK REIT to sign a green revolving credit facility in October 2019. Since then, the bar has been raised time and time again, culminating in Aviva Investors’ pledge last December to originate £1bn in sustainable real estate debt over the next four years.

So, what exactly is a green loan and how does it work?

ICMA defines a green loan as one where the proceeds of the bond should be used for green projects, and outlines various categories of project that would qualify including “green buildings that meet regional, national and internationally recognised standards or certifications”.

ICMA says that the wording of its principles is deliberately vague “in recognition of the diversity of current views and the ongoing development in the understanding of environmental issues and consequences”.

LMA, meanwhile, defines projects eligible for green debt as including those that rely on renewable energy, energy efficiency, pollution prevention and control, as well as clean transportation and the environmentally sustainable management of living natural resources and land use.

For some property industry finance experts, the guidelines put forth by ICMA and LMA are a suitable start but for others, they are not robust enough.

Gregor Bamert, head of real estate debt at Aviva Investors, which has committed to originating £1bn of debt for sustainable real estate over the next four years, tells Property Week that the firm created its own framework as it did not think the ICMA and LMA principles were fit for purpose.

For instance, Bamert says these principles do not go far enough in addressing the need to retro-fit brown stock.

“Around 80% of all buildings that will exist in 2050 have already been built. We’re not going to build our way out of a climate crisis; we have to address the existing stock,” he says. 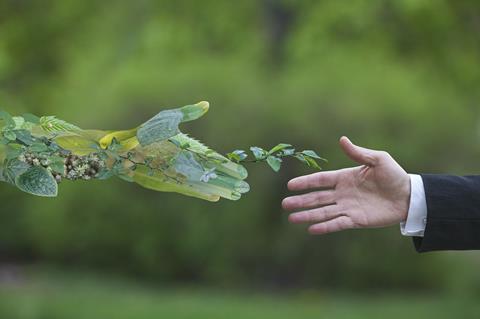 He also highlights how the principles seem to be more about the borrower’s overall corporate objectives rather than the specific environmental impact of the loan.

“[Our framework is] about lending against a specific asset or specific pool of assets, having specific, measurable, meaningful key performance indicators of how those assets are going to improve and transition during the life of the loan.”

The problem at the moment is that lenders are at different stages in terms of introducing sustainable-led practices into their lending and it is going to take time for these firms to develop their own internal systems to tackle climate change, according to Peter Cosmetatos, chief executive of CREFC, the trade association for the commercial real estate finance industry in Europe.

CREFC is about to publish a document outlining guidance for lenders interested in green debt.“This is an area where different institutions – both lenders and borrowers – are in different places in their journey, and their level of sophistication will be decisive in how far it makes sense to progress climate -related due diligence,” he says.

“We will allow flexibility in how people can use [CREFC’s upcoming guidance]. We’re just trying to give people the material that helps them have direct conversations and ask the right questions.”

One of the biggest challenges surrounding the development of green loan products is that staff need to be educated on the subject of climate change.

To that end, Bamert’s team uploaded its entire green loan framework on to Aviva’s website in the hope it would help other lenders. However, there is still a gap in knowledge in parts of the industry that it could take a large amount of money to plug.

“We’ve spent a lot on our team on external courses to get them up to speed,” says Madeleine McDougall, head of real estate and housing at Lloyds Bank. “[The UK is] at a quite mature stage compared with some of the other countries out there. But we need to keep upskilling to maintain that level and to keep the momentum up.”

It is crucial that this momentum is maintained because there are signs that regulatory bodies are preparing themselves for an increased focus on sustainability.

Emma Harvey, programme director at the Green Finance Institute, says of these mergers and acquisitions: “What that signals is preparation for the climate being increasingly factored into the financial risks that are assessed or viewed in a particular organisation.”

The reasons for this are twofold, she explains. First, holding less capital against green lending means the institutions will be able to offer attractive, preferential interest rates on that lending.

Second, if a longer-term view is taken on the risk that organisation poses if it is ready for a transition to zero net emissions, a firm with more green loans will be at lower risk and therefore need to hold a smaller percentage of capital against these products.

Bump in the road

While it is anticipated that more green loan products will be created over the coming years, the development of this nascent sector is not without its challenges.

A recent bump in the road has been the delaying of one of the biggest and highly anticipated moves towards Europe-wide regulation.

The EU’s sustainable finance taxonomy, which aims to establish a gold standard for sustainable investment, has been delayed in the European parliament. A number of southern European member states have raised concerns about certain clauses in the draft guidelines relating to natural gas, and the commission was faced with a veto.

The regulation is expected to be signed off eventually, but in the meantime, as the industry waits for more guidance on sustainable finance, is the property sector doing enough to tackle climate change?

“I think people are engaging in the right way.

I think the level of appetite and interest among lenders is really encouraging,” says Cosmetatos.

He adds that around half the lender members of CREFC are involved in conversations around green lending. Not all have the expertise or the bandwidth to be actively contributing to the work the group is doing, “but they’re part of the conversation”, he says.

McDougall agrees that the property industry is making headway on the issue and says the past year has accelerated the speed of change. “Climate change is here,” she says. “The pandemic is seen as a seismic shift in how people use real estate and the effects on the economy.”

She adds a note of caution, however. “I think the goodwill is there to try and do it together, but the standard [across the industry] is very different.

“There’s a massive advantage in holding COP26 [the UN’s climate change conference, which takes place in Glasgow this November], in that as a country we are going to have to accelerate some of this collaboration and coordination. I don’t think we’re there yet.”