Help to drive the EV revolution

The moment that many feared or longed for has arrived. Electric vehicles (EVs) are quickly becoming a reality for car owners around the world. 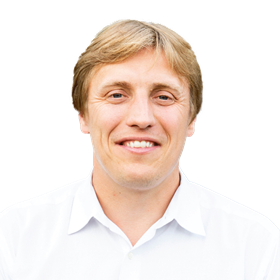 Is this new wave of growth likely to be sustained? For an answer to that question, look at recent precedents. In April, 29% of all new cars sold in China were either electric or plug-in hybrid, and in several European countries the trend is remarkably similar.

More than 33% of all new cars in the Netherlands are now electric or plug-in hybrid, up from 2.1% of new cars in 2017. Norway is even further along, with an 88% market share.

In the US, around 208,000 electric cars were sold in Q1 2022, equating to a roughly 6% market share. This is behind Europe and Asia, but already increasing (the market share in Q4 2021 was 5%) and represents impressive growth that was greater than 1.5 times year on year.

Electric cars are reaching the proverbial tipping point and going viral in the US, due to a number of factors.

The first of these is simple math: the cost advantage of owning electric compared with a petrol vehicle now applies to the majority of the 50 US states.

Secondly, 90% of trips in the US are within 50 miles and economically, EVs work best with city use and smaller cars.

The third factor is the average age of cars in the US, which has risen to a record 12.2 years, making vehicle replacement naturally overdue for many drivers, who will strongly consider going electric when thinking about their next car. 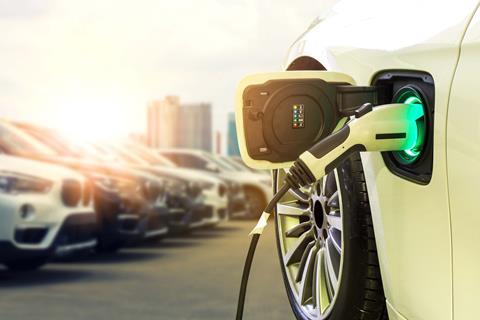 The final factor in the rise of EVs is improvements in charging infrastructure. Most charging happens at home and chargers are easy and mostly inexpensive to install. Public EV charging infrastructure, while not yet completely adequate, has reached critical mass: US EV owners can now go coast to coast, thanks to roughly 6,000 DC fast-charging stations (with an estimated 23,000 charging ports) nationwide, as well as around 41,000 Level 2 charging stations (with more than 91,000 charging ports). The next big challenges will be to extend progress to multi-tenant and fleet charging.

Real estate owners have two options: one, ignore EVs and hope they will go away due to some external factors; or two, embrace them and become one of the drivers of change and a source of opportunity.

For property owners, we suggest the following: treat EV charging as a new revenue source. This is a once-in-a-lifetime opportunity to shift from fuelling vehicles at local petrol stations to nightly home and/or daily office charging.

Second, create higher property values driven by convenience and green credentials. Eventually, EV charging will be viewed in a similar way to wifi or smart locks, becoming an essential amenity for tenants.

Third, deploy as many chargers as quickly and as cheaply as possible, and with as little friction as possible. Yes, first-generation charging solutions were prohibitively expensive, often costing more than $8,000 (£6,540) per Level 2 charger. More importantly, they often did not work, with uptime being unreliable.

But do not be jaded. Several next-generation EV charging companies are creating new solutions that cut the cost of charging by more than half while improving uptime and reliability.

If you want to be bolder, other opportunities exist. If your land has excess power or interconnection, think about how you could use it for EVs, or how to bring extra power on to your site. Several companies are looking to use this precious resource called available on-site electricity for EV charging.

The bottom line is that both opportunities and threats are plentiful in the EV revolution. EVs are coming – ignoring them would be a historic blunder for real estate.