​How will new arbitration bill affect commercial landlords and tenants?

The government has introduced a new code and legally binding process for landlords and tenants of commercial property to assist them in reaching a resolution where a tenant has accrued rent arrears (as well as service charge and insurance arrears) relating to the period where a tenant was forced to close during the pandemic (the ring-fenced arrears). 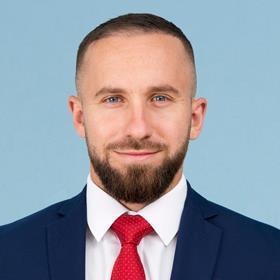 A draft bill is making its way through parliament, which will bring into law the arbitration procedure.

The purpose of the code and bill is to assist businesses that have been affected by the pandemic but would otherwise be viable. They aim to encourage landlords and tenants to seek an agreement in respect of the ring-fenced arrears, ie complying with the code, or to use the arbitration procedure if an agreement cannot be reached.

The code is voluntary and does not alter a party’s contractual obligations. It encourages parties to be transparent and collaborative and to seek a unified approach when looking to reach an agreement. The code and bill do not affect agreements already reached by parties in respect of ring-fenced arrears.

The code also contains some (but not all) details of how the arbitration procedure will work and the protections afforded to tenants that invoke this process. A party will have six months from when the bill comes into force to refer the ring-fenced arrears to an arbitrator for resolution.

When invoked, the arbitration procedure extends – and introduces new – protections afforded to tenants, including an extension to the current moratorium against forfeiture, prohibiting landlords from issuing a debt claim, staying existing proceedings and drawing down from a rent deposit.

Parties that have been unable to reach a resolution in respect of ring-fenced arrears should welcome a platform that will bring finality to this issue. Landlords may feel that they are further prevented from dealing with their properties in the manner they wish, whereas it may be too late for some tenants that have already made the decision to close as a result of pressure of being forced to pay the ring-fenced arrears.