How will recent retail CVA rulings affect the landlord-tenant relationship?

Like numerous retailers over the last few years, Poundstretcher divided its property estate into three categories, A, B and C, by way of a company voluntary arrangement (CVA) launched in July 2020. 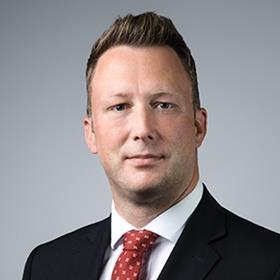 It reduced rents for category B properties, cut rent for all category C properties to zero and changed to monthly rental payments across the whole estate, while providing landlords with the right to terminate their leases. Since the approval of its CVA, Poundstretcher has received termination notices on 63 leases – 14 category B and 49 category C.

The termination of category C properties is unlikely to concern Poundstretcher. Often in a retail CVA, rents are reduced to zero where premises are uneconomic. Also, following the court’s decisions in Re Instant Cash Loans Ltd [2019] EWHC 2795 (Ch) and Discovery (Northampton) Ltd & others v Debenhams Retail Limited & others [2019] EWHC 2441 (Ch), CVAs cannot terminate or force landlords to surrender leases.

The notices in respect of category B premises are interesting. CVAs have been a hot topic recently, creating tension between retailers and landlords who have felt exploited by such CVAs. Following the decisions in Re New Look Retailers Ltd [2021] EWHC 1209 (Ch) and Re Regis UK Limited [2021] EWHC 1294 (Ch), almost all retail CVAs will give termination rights to landlords. As such, they cannot succeed if landlords view termination and exposing the premises to the market as a better option.

Hitherto, it has been felt that the commercial property market is so difficult that landlords were unlikely to terminate leases with reduced rents, forcing landlords to comply with the terms of a CVA and allowing such CVAs to succeed. However, this may no longer necessarily be the case now.

These notices to Poundstretcher suggest that some landlords are now willing to risk exposing properties to the market rather than accept CVA imposed rent reductions. This could be a sign of a changing power balance between landlords and retailers and may reduce the extent to which retailers can cut rents by way of a CVA going forward.

Matthew Weaver is a barrister at Radcliffe Chambers