It’s Monday morning and I’m sat at my desk at home. My kids have gone to school. My wife is out. I have the house to myself – I have nobody to distract me. So, why the lack of motivation? 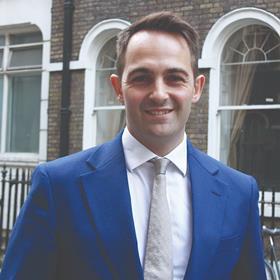 You could put it down to a recent role change at Avamore – I deliberately now have a non-executive position – but that’s a red herring because I am staring at a to-do list the length of my arm.

My current hypothesis is that WFH is probably the main contributing factor. I’ve enjoyed the freedom, but miss the structure of my day in an office. Early on in the pandemic, people began to realise commuting was not as bad as they thought. You need that time to get into the zone of working. You need the return journey to decompress. In the office, you benefit from the energy that comes from being around others.

Pre-Avamore, I was based in an office exclusively for start-up businesses. We shared desks and it was a nice community. Our neighbours were a double-dating app and one of the owners was good friends with my now Avamore co-founder Zuhair Mirza, and introduced us. One thing led to another and here we are almost seven years later with a successful business. I’m not saying that sort of thing can’t happen online, but you don’t tend to overhear someone else’s conversations virtually. So, what’s the alternative?

I have a theory about how people’s working environments may look. Most international corporations are not ditching their city centrespaces – they are just occupying them differently: fewer desks and more breakout/meeting spaces, for example.

So, what is my vision? ‘Regional commuters’ will be limited to a couple of days per week to visit their ‘hub’ offices in city centres. For the rest of the week, they will travel shorter distances to local ‘spoke’ offices. Hub offices may be leased on traditional terms, but the spoke offices will tend to be ‘space-as-a-service’-type operators similar to WeWork, TOG or Landmark. Increasingly, companies will either pay for employees to work from spoke locations or provide a subsidy for doing so.

What this is likely to mean is an increase in demand for regional and suburban office properties for office use (as opposed to office-to-residential conversion) and greater selectivity from occupiers for city centre properties. I would expect office values to increase in the former. In the latter, the owners of the right buildings will see their value maintained or increase, but buildings not conforming to the needs of city centre occupiers may struggle.

There may be a hint of self-interest about what I’m writing. I just exchanged on an office building on the edge of the M25. Our plan is to convert to residential when the tenancy ends but I am exploring the idea of keeping part of the building as a co-working space and taking meetings with serviced/managed office operators around this.

While there is a hint of expedience about my hypothesis, there is also a strong element of personal experience – no doubt something shared by workers worldwide. Hub-and-spoke is already a big part of logistics. Is it going to be an increasing part of the office occupational market, too?

This topic will no doubt drive debate as there are strong opinions on all sides of the office/hybrid/WFH divide, so watch this space.