With the cost of living having recently rocketed by its fastest rate in 30 years due to soaring energy prices and rising inflation, millions are braced for what is being widely foreshadowed as the most financially bleak period in 60 years. 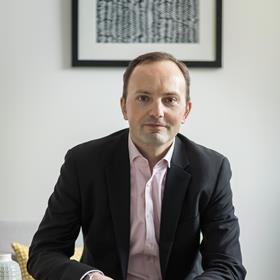 Families and businesses alike are preparing for a period of prolonged belt-tightening. This also inevitably holds implications for the country’s bricks-and-mortar retailers, still reeling from the rise of ecommerce pre-pandemic and the subsequent boost online retailers were gifted by Covid-19.

It truly is a perfect storm – and one that the Great British public is already anticipating. Budget grocers, for example, are prime for an inflation-induced boom in sales, as consumers set out to minimise their food bills alongside utilities and other essentials. Lower disposable incomes will inevitably affect all corners of the retail sector, not least clothing and footwear. However, the hard times ahead won’t be felt as acutely for those retailers that have grasped the concept of relative value.

This is not mere speculation. The better value offered by outlet centres like Wembley Park’s London Designer Outlet (LDO) means they have historically outperformed the wider retail sector. Big brands are already signalling a major vote of confidence in the resilience of outlet centres. This explains why the likes of Nike, adidas, Calvin Klein and Tommy Hilfiger have all decided to increase their footprint at LDO in recent months.

It is important to note that the success of outlets does not boil down to footfall alone. Shoppers who frequent them are, by and large, shopping for aspirational and premium brands. Historically, they have spent significantly more than they would have at full-price stores, maximising that sense of relative value.

And while many outlet regulars will sadly see their spending power dwindle during the times ahead, the lure of relative value will cut through to additional demographics of shoppers who, in the past, have spent their money in full-price stores but will soon be drawn to the clear savings to be made at outlets.

Brands are also increasingly turning to outlets like LDO due to our turnover-rents-based leasing model, which shares risk equitably between occupier and landlord. In the modern world – and especially following the pandemic and to come for brands’ customers – that relationship needs to continue transforming into a more synergetic process.

The outlet model, after all, is based on mutual benefit, with landlords incentivised to provide the best possible retail environment and retailers the best pricing – one in which both parties have skin in the game.

Injecting an element of shared risk makes an outlet destination incredibly attractive to both global and independent brands of all sizes, assured that they can lean on the landlord for support, guidance and collaboration during both the good times and the tough times.

With consumer purse strings becoming all the more taut, many retailers are more than likely now hedging their bets when committing to more traditional lease structures. Landlords, then, will do well to acknowledge that everyone stands to benefit from more progressive ways of doing business – particularly as the cost-of-living crisis bites.