​Infrastructure projects are a key part of levelling up

Pick up the phone or speak to any developer or investor in property developments, and they will tell you of the challenges on viability and increased development risk posed by spiralling construction costs. 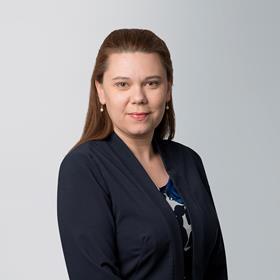 The numbers support their concerns. During the pandemic, the cost of raw materials increased fivefold reaching a 40-year high. Now, the war in the Ukraine as well as inflation and exponential growth in utility costs are adding even more pressure. The Building Cost Information Service currently predicts that the cost of raw materials in the UK is expected to more than treble this year.

It should not, therefore, come as a surprise that the recent announcements on infrastructure investment by the government – while much-lauded in the construction industry – are not music to the ears of private sector investors and developers.

The £42bn boost to the economy promised by the government on the much-delayed opening of the Elizabeth line in May supports the political rhetoric of unlocking economic growth and job creation through strong infrastructure and better transport links.

It is no wonder that the further £4.8bn for infrastructure investment in towns across the country has led Balfour Beatty chief executive Leo Quinn to predict a decade of infrastructure growth. However, the cost of these projects to private sector development should not be underestimated.

Private sector development projects already facing challenges on viability remain in competition for workers from an already shrinking pool. The draw of long-term government-backed infrastructure contracts is likely to exacerbate this problem across the country.

While infrastructure projects are part of the levelling-up drive to raise living standards in regions outside London, will they also have the unintended consequence of retarding the private sector’s ability to contribute to the levelling-up programme?

It remains to be seen whether infrastructure projects will be the universal panacea that will help cure the wider economy’s ailing health.