Investment risk is growing in UK

Others’ problems should never be a source of comfort but they can provide perspective when required. 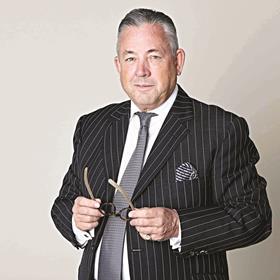 Take our cross-Channel neighbour, in the midst of political turmoil and industrial unrest, where people in yellow vests are causing mayhem on its streets and severe damage to its economy – a place where a rattled leader is trying to navigate a national crisis with seemingly no end in sight.

Or look at another European powerhouse undergoing an uncharacteristic period of declining manufacturing production and weak GDP, which has just cut its annual growth forecast to its lowest since 2013. A case of economic complacency overseen by a political ruling class that, after nearly 14 years in power, has lost its way and paved the way for a wave of right-wing populism.

For further comparison, you could also turn to our ‘greatest ally’ across the Atlantic, where headline grabbing GDP growth of 3.2% for the first quarter needs to be offset against a consideration of record government debt and deficits and the harmful impacts of trade wars, particularly with China.

If we are talking about uncertainty, then the next instalment from the US president’s personal Twitter feed holds more fear for the financial markets than Brexit. 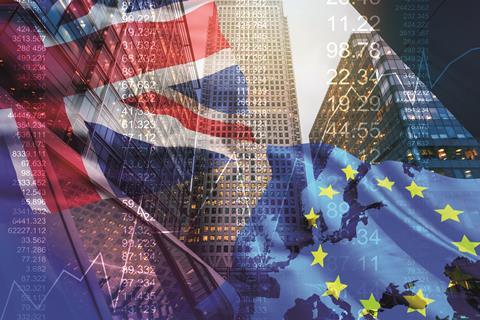 So why is it then that all I hear right now sitting in London is that France, Germany and the US are really strong investment centres? Are they not without their own problems – and are those problems any lesser than those we face in London and the UK?

We are all dealing, or not dealing as the case may be, with negative factors but the weight of property investment is still there and London is still getting more than its fair share.

If you’ve read Knight Frank’s 2019 London Report, you’ll know that London has retained its position as the world’s top destination for commercial real estate, with offices attracting £16.2bn of global capital in 2018, ahead of Manhattan, Paris and Frankfurt.

The decline in the value of sterling has helped London retain its appeal and global investors continue to follow major investment in infrastructure such as Crossrail, which remains frustratingly delayed but is coming.

I know there are myriad different statistics out there for Q1 2019 but on the face of it the numbers are continuing to hold up well despite the Brexit impasse. Some say that without one-off big deals such as Citigroup’s £1bn Canary Wharf HQ acquisition, figures would be appreciably and worryingly lower. But to me that’s like saying England wouldn’t have reached the World Cup semi-finals without Harry Kane’s goals (C’mon you Spurs!).

That said, I definitely detect a slowdown in investment in London and I guess that despite their own issues, London’s rivals for real estate investment give a far better outward appearance of stability. They also don’t have to contend with such a big topic as Brexit.

The world is looking on at the political in-fighting in the UK in astonishment. Wherever I travel overseas to meet investors, it is the subject of much criticism from people who can’t believe we aren’t able to sort this out.

Investors look at risk and, unfortunately, in London and the UK, we are in danger of that risk looking greater, as not just the uncertainty and absence of decision-making around Brexit, but the stability of our whole political structure, come under ever increasing scrutiny.

Perspective is everything. Yes, we have a government that lacks the majority necessary to get things done, but it’s not as if we just elected a comedian as president whose only political experience is playing a fictional president in a TV show.