Investors are taking the long view

Wall-to-wall negativity on Brexit from politicians and the media would have us believe the UK economy is on life support and that we’re destined to fall into recession any day now. 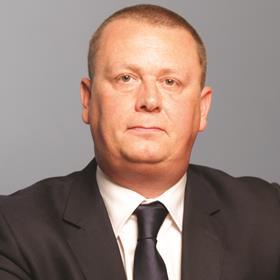 Yet the statistics tell us the opposite. Foreign direct investment (FDI) and employment figures are at record highs. Tax receipts are at their highest level in decades. Why might this be the case?

The reason, in some part, comes from forward planning and a recognition of our country’s strong fundamentals. We need only look at recent predictions by the Bank of England that suggest statistics will show the trend in UK productivity growth increased to 0.8% per year between 2014 and 2018 – much greater than thought. At Mipim in March, there was a growing sense of optimism about the prospects of UK-based infrastructure, with industry players looking beyond short-term geopolitical shocks and taking the long view.

Investment figures in the immediate aftermath of the Brexit vote seem to support this, with a study last year finding that, in addition to an upswing in new-build, the total value of London ‘trophy asset’ purchases rose 15% from July 2017 to July 2018.

Historically, too, there’s a pattern. In 1987, when Black Friday struck, there was widespread talk of a collapse in investor confidence – yet as we now know, this was shaken off quickly and the upswing in the UK property market ensued. 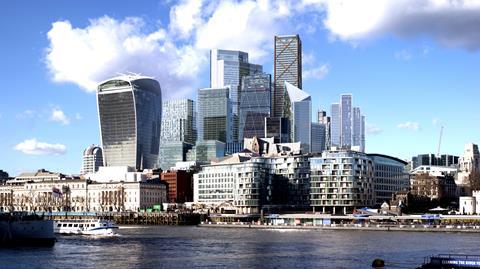 In 1992, with the pound’s withdrawal from the European Exchange Rate Mechanism, interest rates surged 15% and the UK economy was said to be out of control – yet the period thereafter gave birth to the expansive growth of Canary Wharf and London Bridge.

And in 2008, when the worst global financial crisis since the Great Depression brought the average house price down 18.7%, money flooded into the UK and resulted in the construction of two of London’s iconic buildings, the Cheesegrater and the Walkie-Talkie (pictured).

Investment was not just limited to the financial sector either: London’s ‘Silicon Roundabout’ took off in the immediate aftermath of the global crash.

So when it comes to investment, we should always look at the bigger picture. For property construction, the first place is residential-led development. England needs up to 340,000 homes to meet the backlog of suitable housing – and whatever the outcome of Brexit, that won’t change. In the commercial arena, town centre redevelopment is a growing focus of investment.

One of the most effective means of unlocking value in property is through public-private partnerships. And with the UK public purse benefiting from a surging tax take, there are grounds for optimism. The government agrees, given the post-Brexit creation of a £600bn infrastructure and construction plan for the next decade, which will ensure that we have greater connectivity, efficiency and economic growth going forward.

While doom and gloom have been prophesied since 2016, stakeholders know opportunity when they see it and are seizing on a climate of cheap finance, high employment and strong property demand. Business is, after all, about risk and being prepared to ride the waves.