The Shard will always stand as the greatest monument to Irvine Sellar. 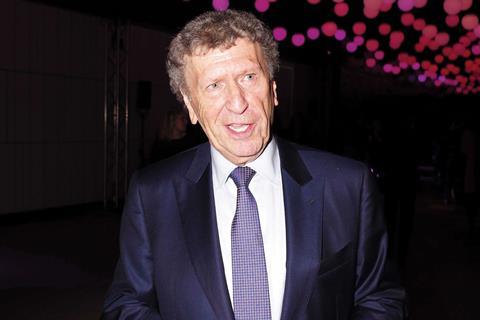 As the property world scoffed over his vision for Europe’s tallest skyscraper, this “wonderfully unreasonable man”, as friends described him, stood firm and let nothing get in the way of building the 1,016 ft, 87-storey – and now fully let – tower.

When Sellar died last February, the industry mourned the loss of a true legend, someone who had earned an enviable reputation for getting even the most ambitious and seemingly impossible projects off the ground.

This year, Property Week intends to celebrate such ingenuity and brilliance with a special prize in Sellar’s honour at the Property Awards on 17 April at Grosvenor House. The Irvine Sellar Award, sponsored by WSP, will celebrate an entrepreneurial individual or company that has shaken up the market in the past year with a groundbreaking project or initiative.

Have you pulled off a deal or secured a planning permission no one thought was possible, and that no one else could? Have you disrupted the sector with a new initiative, model or scheme that proved to be a game-changer?

In other words, are you like the late, great Sellar himself: an outlier who does things differently and brilliantly? If the answer is yes – or if you know someone else who fits the description – we want to hear from you by 19 January, the deadline for entries.

New for 2018: the Irvine Sellar award

Calling all game-changers! We have introduced a new category to the Property Awards in honour of Irvine Sellar. He had what it takes to win. Do you?

To enter please go to www.awards.propertyweek.com

Of course, there is a certain irony about this award as it puts Sellar firmly in the property establishment, a place he never sought to be. Indeed, he revelled in his position as an outsider and in doing things everyone else in the industry believed could not be done.

“I think he would have been both amused and delighted by the idea of this award being named after him,” says his son James, who has taken over the reins of Sellar Property Group since his father’s passing. “But more importantly, he would have enjoyed the fact that an award was being created for those in the industry who think outside the box and look at property from a different business perspective.

“He always enjoyed meeting people who thought differently and had a fresh and novel approach to business – whether it was property or any other sector. He liked to see individuals who broke the mould and were able to adopt a maverick, yet intelligent, approach to everything they did.”

Even fellow business mavericks took their lead from Sellar. Media mogul Richard Desmond, who has also been bitten by the property development bug, knew Sellar better than most and the pair often traded advice and ideas.

“I knew and respected Irvine as a developer and a visionary for most of my business life,” says Desmond. “Irvine was a man who pursued a dream and refused to give up even in the face of practical difficulties and financial challenges. An award in Irvine’s honour could not be more appropriate because it reflects the need for maverick entrepreneurs to keep our cities full of life and innovation – and just reach that little bit higher.”

PR adviser and long-time friend Baron Phillips agrees. “I think Irvine would have regarded an award commemorating his life and property work with a wry smile,” he says. “But in some ways, he would have also thought that such an award was fitting. After all, he rather relished being regarded as an industry maverick.

“Under the deadpan face, Irvine would be secretly proud. He would have said ‘that’ll teach ‘em to think differently’, to realise anything is achievable if you want it enough and are prepared to go that extra mile. After all, that is the role of the impossible man.”

The operative phrase is ‘think differently’, says James Sellar. “I believe this award would give him a lot of pleasure as he would see it as a celebration of people like himself who applied a different set of values and thought process to an industry that can, at times, appear quite regimented.”

There was certainly nothing regimented about Sellar’s career. His life was one that added colour to an industry that can often be such a traditional and formulaic one.

From rag trade to property riches, Sellar’s career in retailing and property stretched back more than 60 years. He was one of the fashion retailers at the heart of the Carnaby Street revolution and the ‘swinging London’ of the 1960s. 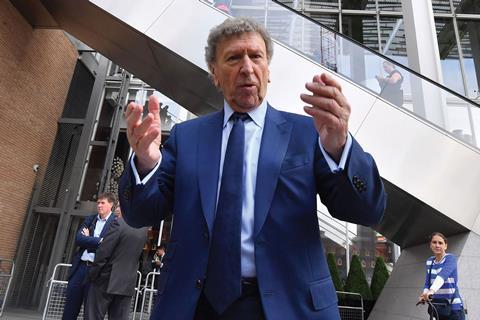 The success of his fashion brand Mates by Irvine Sellars (sic), the UK’s second-largest fashion chain, was born out of the street markets that once dominated UK towns and cities.

After selling Mates to a South African investment group in 1981, Sellar moved into property and within a few years was heading up the Stock Exchange-quoted Ford Sellar Morris, which at its peak generated annual pre-tax profits of £25m and held a widely spread investment and development portfolio.

Like many entrepreneurs, Sellar faced tough times too. Along with other companies in the sector, the 1991-93 property market crash hit his fortunes hard and Ford Sellar Morris went into administration. But Sellar picked himself up and started again.

The turning point came in November 1998 when he and two partners acquired accountancy firm PwC’s headquarters at London Bridge.

Plans for the skyscraper were released in April 2000. Few in or outside the property world thought it had any chance of being built.

Bill Price, a director of engineering services firm WSP, worked on The Shard and recalls how hurdles would miraculously be overcome by Sellar.

“He was a real presence in the room,” he says. “His office was arranged in such a way so he could see who was in his boardroom. He’d immediately gauge how significant that meeting was, then he’d go in and sit in his favourite spot, a seat no one else would dare sit in even if he was out of the office.

“At crucial moments in any job, there are hurdles to be jumped and we felt like we had a bit of a secret weapon in Irvine. When the moment was right, he would step up and sort a problem out. I’ve been in meetings when Irvine walked in and said: ‘You know that issue we were talking about the other day? Well, I’ve seen so-and-so and I think you’ll find that problem has gone away.’ He was absolutely hands-on with the detail of a project when it really mattered.”

Phillips attests to his ability to read people and his sheer tenacity. “He was street-smart and people-wise. I never met anyone who so easily combined common sense, intelligence, wit and sheer determination to succeed – and prove all the doubters wrong.”

Perhaps it was his untraditional property background – street markets and retailing – or because he did not feel bound by property’s traditions, but Sellar was unlike anyone else in the business, adds Phillips.

He was street-smart and people-wise. I never met anyone who so easily combined common sense, intelligence, wit and sheer determination to succeed

“To me Irvine was like his beloved Shard – a one-off,” he says. “He was often asked whether he would build another Shard. His response was always: ‘No, how could you?’ It was a unique building that you couldn’t replicate, rather like the man himself.”

It is almost impossible to overstate what an achievement The Shard was. Even after planning consent was obtained, most believed Sellar would never be able to finance development, which he did after securing two major pre-lets and Qatari backing.

The Shard was launched in July 2012 with a spectacular light show. Today, it is a popular tourist venue for those wishing to visit The View from The Shard. Meanwhile, the Shangri-La hotel runs at near capacity and the restaurants serve thousands of covers every week.

From his office, Desmond enjoys the view of what has become one of London’s most iconic buildings every day. “His great project with The Shard was to change London’s skyline and make people’s lives that much more dramatic and interesting,” he says. “When others wondered if he might have picked the wrong time or the wrong side of the river, Irvine never wavered.”

Price points to the Paddington Cube as another project that will one day be considered a visionary achievement. In December 2016, just months before his death, Sellar’s plans to develop the £775m, 19-storey building were approved by Westminster City Council.

“Irvine wanted to put more iconic buildings next to railway stations and transform those historically tired areas,” says Price. “No one can doubt he did that with The Shard at London Bridge. The building kickstarted the entire regeneration of the South Bank. And I believe the Paddington Cube has capacity to transform that area too.”

Commenting on the award, Price believes it would have raised the rarest of things in Sellar: a smile.“He didn’t smile that much, but I can see him allowing a little flicker of pride across his lips, as he realised his achievements were being recognised,” says Price. “He was immensely proud of The Shard, and it really wouldn’t have happened without him.”

Suffice to say, thanks to that towering achievement no one is questioning Irvine Sellar’s vision anymore.