Last week, the second reading of the Leasehold Reform (Ground Rent) Bill passed unopposed. Referred to as ‘the appetiser’ by former housing secretary Robert Jenrick, it is the first of a two-part reform of leasehold. 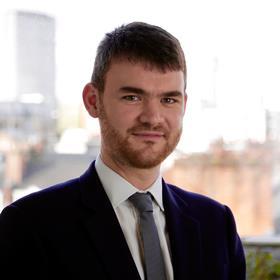 This bill intends to fix leasehold in the short term by banning ground rents on all new leases. The ‘main course’ will make leaseholds fairer for existing homeowners.

But it will take years for the benefits to be felt in our housing stock. There are currently 4.6 million existing leasehold properties, but only 33,000 new flats were registered with the National House Building Council (NHBC) last year.

In addition, the bill’s benefit is constrained by several glaring loopholes.

First, it defines rent as “anything in the nature of rent, whatever it is called”, and service charges are excluded. Freeholders may lose their ability to charge ground rent on new leases, but this guaranteed income stream can be replaced by creative new charges. For example, by introducing an annual charge for overseeing a management agent. The “broad definition” of rent was championed by the housing minister, Christopher Pincher, as making abuse by freeholders more difficult. In reality, the only recourse available to leaseholders is litigation through a tribunal, which is often prohibitively expensive.

Second, informal lease extensions are excluded, allowing freeholders to retain ground rent. This will incentivise freeholders to offer informal extensions, which, unlike the statutory alternative, allow the freeholder to introduce the charges mentioned above. Amendments to the bill should be made during the next stages to ban informal lease extensions, or perhaps more practically, disincentivise them by forcing the ground rent to be removed.

The fact this bill does nothing to help existing leaseholders is expected and sensible; fixing a system that is more than a thousand years old will be complex and contentious.

However, the glaring loopholes need to be closed during the committee and report stages. Before the bill is passed, the government must commit to a timeline for introducing the second stage of the reform – to avoid a scenario where the enactment of this bill is portrayed as an achievement so great that further reform is deprioritised.