It’s business as usual in Germany

In a Financial Times opinion piece earlier this month headlined ‘Why Germany is the West’s sanest country’, columnist Gideon Rachman wrote: “The recent German election and its aftermath underline the point; it was a close contest, but the losers accepted the results gracefully. No one tried to claim that the voting was rigged.” 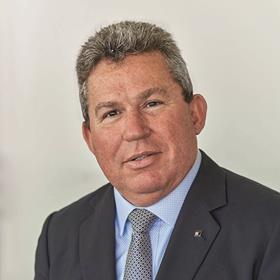 That goes to the heart of why German business and real estate are sanguine about a change of government that has seen Angela Merkel’s Christian Democrats ejected after 16 years to be replaced by a likely coalition of the SPD’s Olaf Scholz and the Greens.

This is key to Sirius Real Estate, the FTSE 250 London-listed business park owner of which I am chief executive. Our German portfolios have grown to more than 80 properties worth in excess of €1.7bn (£1.4bn).

If Germany is the powerhouse, the ‘mittelstadt’ category of medium-sized companies, which make up many of the 5,000-plus customers in our portfolio, thrive, and so Sirius also thrives.

Simon French, chief economist at investment bank Panmure Gordon, says of these protracted post-election negotiations: “Economically this is not necessarily a bad thing. While rhetorically, investors claim to dislike uncertainty, the data suggests that economic performance is rather agnostic to prolonged periods of no official government in Germany.”

In Germany, business and real estate trading conditions have begun to normalise

As the Covid-19 vaccination programme is successfully rolled out, overall business and real estate trading conditions in Germany have begun to normalise and confidence is returning. Big companies are now focused mainly on re-organising their supply chains to within European borders.

In the wake of the Suez Canal blockage and the pandemic, this means being less reliant on Far East imports and being more resilient and potentially self-sufficient within individual trading blocs such as the EU.

The introduction of flexible working is increasing, and I believe it is unlikely that Europe’s working population will return to the five-day-a-week grind of the daily commute.

Just the cost of the average daily commute is becoming more and more prohibitive for many people facing rises in the cost of living. People will surely be asking themselves why, in an era of labour shortages, they are paying for season tickets and other increasing travel costs, having reduced their costs in the past year or so by working either at, or closer to, home.

At Sirius, we believe these trends of ‘reshoring’ and flexible working will further increase the drive of customers to our business parks and we have already seen increases in our rent roll and rate per square metre in the six months to the end of September.

But once coalition negotiations have ended, what are the prospects for German business and real estate next year? 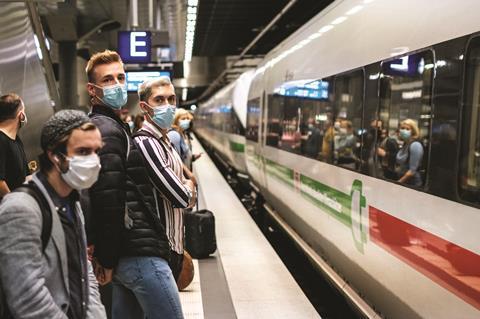 Off the rails: Europeans are questioning the need for costly commutes

I believe Germany’s Kurzarbeit scheme, where the state steps in to pay salaries at a time of limited demand and which was first introduced in the wake of the global financial crisis, will continue to be replicated for years to come.

With the UK having introduced its own version of Kurzarbeit, in the form of the furlough scheme, it is unthinkable that systems such as these won’t return in the event of a fresh economic downturns.

Some readers will recall the UK’s three million unemployed in 1981, but business and government will have to learn to wean themselves off the option of 10% unemployment, which they have sometimes styled as ‘creative destruction’. Kurzarbeit and furlough are now well-established tools open to governments to help avoid future destruction and scarring of the economy.

In real estate, this must be good news, as unemployment has traditionally equated to a destruction of value. The bigger challenge in the short term will be coping with inflation, with shortages of materials and labour likely to be the biggest issues for the sector for the next year.

As is the norm, Germany’s new leaders are taking their time in agreeing how they can work together to form the next German coalition. But as Panmure’s French noted, “economically this is not necessarily a bad thing”, and in the past, German businesses have continued to thrive during these periods of transition.