It’s great to see the City bouncing back

Last week’s Mipim in Cannes was buzzing, with the organisers hailing an attendance of 23,000 – just 15% down on 2019’s pre-pandemic turnout. And there was lots of interest in opportunities in London, understandably so given that the Square Mile’s streets and office buildings are bustling too. 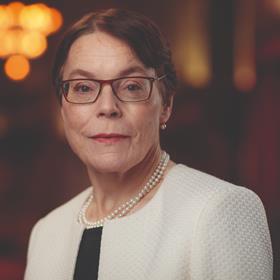 Two years on from Boris Johnson’s sombre address to the nation, enforcing a lockdown that even two world wars did not require, all talk of a ‘new normal’ of deserted city centres and permanent full-time working from home has disappeared.

It’s obvious why: people enjoy meeting with their colleagues at work, catching up over lunch or enjoying a night out. So it is perfectly natural that they are reverting to this behaviour now restrictions have been lifted.

Our own City of London Corporation polling carried out by FTI Consulting between 2 and 4 March, the first study of this type since the Omicron wave of Covid arrived before Christmas, had 892 responses and highlights some fascinating trends.

The results show that 72% of UK full-time workers believe work opportunities happen best when in the office environment, while 79% want a physical workplace for meeting colleagues when considering their next career move.

It is also interesting that it is millennials and Generation Z office workers leading the charge back to the workplace. Even as restrictions were cautiously lifted in the spring and summer of 2021, it was clear that it was young people returning to the City first. Paternoster Square on weekday nights became a social hub, with large groups in their 20s and 30s enjoying meeting over a drink while many of their older colleagues continued to work from home.

For this new generation of City office workers, the prospect of a career spent at home rather than meeting their colleagues had become deeply unappealing after the first year of lockdown.

So it is no surprise that our polling shows that 57% of millennials and Generation Z want to be back in the office more often.

There are other key indicators showing that the City of London is now alive and kicking. Google Mobility figures covering the week commencing 7 March show a rise of 9% week on week, totalling 66% of pre-pandemic levels.

Retail and recreation footfall has risen from 15% of 2019 levels in January to 46%, while Transport for London figures for the City of London show tube ’taps’ at 59% of normal and five times the number of taps in the same period in March last year.

Bloomberg’s Pret Index, measuring activity at Pret a Manger across the capital, shows the City at 88% of normal in the same week, with activity rising more quickly in the Square Mile than other parts of London – or indeed downtown New York City or Paris.

It is clear that central London, and in particular the City, is now making a strong comeback. This shows that the Square Mile’s office market has a bright future as developers adapt to post-pandemic trends.

The fundamental strength, resilience and adaptability of the City’s commercial offer is not only supported by the return to the workplace but also the Elizabeth Line, which when it opens this year will bring unrivalled connectivity to the Square Mile.

New stations at Liverpool Street and Farringdon and increased capacity on the tube network overall will help to encourage anyone still wary of their commute.

Two years on from the first lockdown, it was great to see Mipim thriving, and better still to see the City bouncing back with such energy.