4
It’s not easy being green
Insight

It’s not easy being green

Tritax Symmetry planning director Jonathan Dawes tells a worrying story about one site that sums up current feelings in the logistics sector about the costs of new biodiversity net gain (BNG) regulations, which will require all developments to deliver at least a 10% improvement in biodiversity. And for Dawes, it is a million pounds worth of worry. 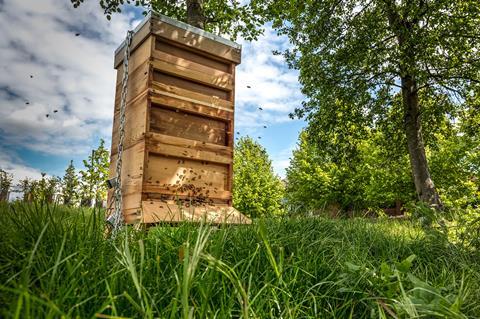 At the company’s 111-acre Rugby site, which got outline planning permission in November 2020, the BNG offset was calculated at circa £350,000, but if that figure was being worked out today it could be as much as £1.3m.

“The contribution was based on the version of the BNG calculator in place when we began discussions with Warwickshire County Council on the proposals,” says Dawes. “Since then, the county [has been] using an updated version of the calculator, and if we were bringing the site forward now, we would be looking at contributions in the range of £1.2m to £1.3m for the same scheme.”

There will be a two-year transition before the Environment Act containing the BNG rules becomes law in 2023. Under the new rules, developers can either take BNG measures themselves or pay an equivalent fee for biodiversity improvements to be made offsite.

But questions abound. Could there be longer-term implications for land values as developers appraise new sites based on assumptions that comply with legislation? And could it have an impact on speculative development?

At present, how local authorities apply BNG varies across the country. The NPPF has long required an environmental net gain, with some councils asking for 10%, but others demand as much as 20%. Making assessments using the 2012 Defra metric, the cost is around £7,500 but can hit £15,000 for significant schemes – and these costs are not always factored into development appraisals.

Developers working up planning applications over the past year would have had to deal with the new BNG calculators, which has left many trying to understand if they need to acquire more land to provide the 10% biodiversity gain off site, or whether they can design it into their development.

“It’s been hard over the past few months, when looking at new opportunities, to calculate and ascertain what the BNG implications are likely to be,” says Gwyn Stubbings, planning director at GLP and chair of the BPF’s industrial committee. “The challenge is if we are bidding for new opportunities, we must carry out appraisals, and we bid off those appraisals and [by] making assumptions of what [the BNG] is likely to be.”

Dawe says the issue is how calculations are being made by local authorities. “There are some [local authorities] such as Warwickshire that are very familiar with the [BNG] process, [but] there are other authorities where we have said this is our biodiversity impact assessment and we have been left with blank looks wondering what they are going to do with it.”

Some semblance of certainty will arrive when the Environment Bill comes into force. For developers, its introduction will at least give consistency across local authorities.

However, there are a number of question marks around how the bill will work in practice. For starters, only one in three local authorities has an ecologist or ecological adviser capable of undertaking assessments, meaning developers will have to pick up the cost of paying for an ecologist as part of their own team.

“The concern with us is whether authorities have the resources,” says Dawes. “It’s not difficult to go through the process, but it’s looking at what the actual impact on a site is rather than just putting it all in the calculator and the computer saying ‘this is the outcome’. 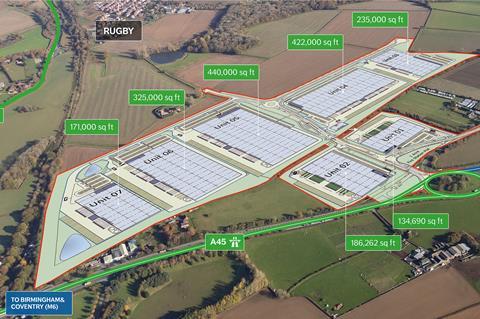 Rugby scheme: at the Tritax Symmetry site, the BNG offsetting calculation was circa £350,000

“There are generalised assumptions in the metrics used, rather than [ones that are] tailored to the specifics of that site.”

For Kevin Mofid, director of commercial research at Savills, one of the big issues is what impact the planning policy change will have on speculative development, which made up 22% of all warehouse space taken in the UK – reaching 11.1m sq ft – in 2020, and what it will mean for land values and rent levels.

Savills’ June issue of its Big Shed Briefing stated that occupiers needed the flexibility to take speculative buildings when they were in rapid expansion mode, as build-to-suits take longer to procure. Developers with a business plan to deliver speculative buildings will have little option but to accept these costs and, if possible, recover them from the occupiers.

“Our experience so far is that they [occupiers] are prepared to pay the [extra] rent for those buildings,” says Mofid. “The market is doing well, and rents are naturally rising anyway because demand is so high and supply so low, so in some ways the strong market is making this easier to digest.”

If passing on costs to occupiers in the form of higher rents is out of the question for some developers, another way they can maintain their historic margins is by paying less for the land. “We’re not entirely sure how it will play out, but either way there’ll be an implication on the market,” says Mofid.

He adds that these implications will need to be factored in by developers. “What it may mean is that less-well-capitalised developers don’t necessarily have the capital to fund the planning anymore.

Does this mean squeezing smaller developers out of the market? “Possibly,” says Mofid.

Ben Brakes, head of sustainability at SEGRO, takes another view. While he agrees the new bill could potentially affect speculative development, and the ability of smaller developers to continue to operate as they historically have done, he believes it will mean developers will take more care when choosing sites.

“You are going to look at site selection in more detail and try to avoid areas where there is high biodiversity, compared with a brownfield development,” says Brakes.”There is going to be an element of selection for spec development. However, if you are choosing the right site, it shouldn’t be too much of an increase in cost that it will stop all development in total.”

Brakes thinks the changes will present more opportunities for potential joint partnerships, either with those smaller developers relying on larger counterparts, or with non-profit organisations. “Especially where people have more experience and knowledge about how to do BNG – that partnership approach, not just between developers but also with NGOs, is also going to be exciting to see,” he says.

The key to all of this is for developers to build strong working relationships with local authorities because they are central to the functioning of the new duty, but as previously pointed out by Dawes, many lack the expertise to advise developers and assess whether BNG plans are acceptable.

“I don’t think local authorities are very well prepared for the legislation coming through,” says Stubbings. “[There is] a huge underprovision, so it’s highly unlikely you can pick up the phone to a local authority and say: ‘We’re looking at this site. We are really interested in developing it in the future. Can you tell me what BNG criteria you’re working to – what does a unit cost in your authority?’ Those people aren’t there to call. That’s a challenge.” 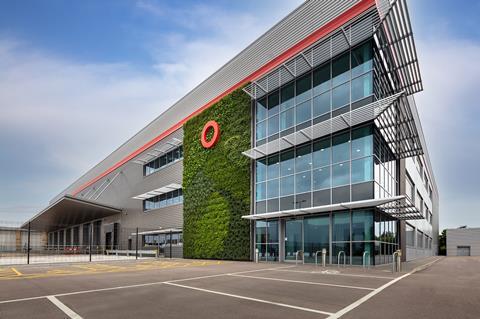 Unless you are developing in Warwickshire, that is. Chosen as part of the original Defra pilot scheme, Warwickshire County Council boasts 14 in-house ecologists and ecology advisers.

“We have provided ecological advice for a long time,” says David Lowe, delivery leader of ecology, historic environment and landscape at Warwickshire County Council. “We have built up that relationship, that trust and we do that through service-level agreements, so it was pretty much a bolt-on to what we already provided.”

Lowe claims that it was common knowledge how much BNG was going to cost from day one, “so we have had pretty much no backlash to the costs, except in the early stages”.

He adds: “In the first two years, people had purchased and were building on land they had previously bought without having to consider BNG. But as soon as people understood we were employing BNG in a mandatory fashion since 2013-14 [those additional] costs have always been factored into the land price. A critical thing we’ve learned is certainty: the whole Warwickshire system and calculator puts certainty into the process – certainty that is known from the beginning.”

Some developers are starting to get their heads around this challenge and are seeking input from ecological experts before they even acquire sites.

“What we’re seeing now is developers coming to us early on at the pre-acquisition stage and asking ’what do you think of this?’” says Jonathan Spencer, principal ecologist at Delta-Simons.

“We have undertaken a lot more of the BNG landscape ecological management plans, and biodiversity management plans, in the past 18 months because now some councils have already adopted the minimum of 10% in their policies.”

For developers, Delta-Simons carries out high-level due diligence at the site viability/pre-acquisition stage to give some indication of the likelihood of a gain or loss in biodiversity; to give feedback on the layout; and to look at past examples of what councils have required for financial contributions.

Spencer believes it is vitally important that developers look at BNG as early as possible in the development appraisal process so that they can factor the cost and incorporate it into their plans for sites.

“I want the bill to be successful because we are living in a world where development has to happen,” he says.

However, he points out that the industry also needs to find a balance to preserve what is there, and provide conservation. Whether or not the new BNG calculations provide that balance remains to be seen.