The words of the Rolling Stones 1969 hit Gimme Shelter sum up the situation faced by REITs today: “A storm is threatening/My very life today/If I don’t get some shelter/I’m gonna fade away.” They face unusually uncertain times. 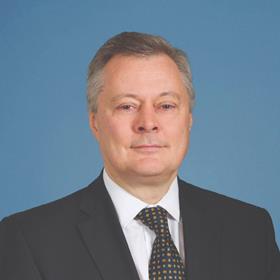 All we needed to know in January was that 10-year gilt yields would hike from 1% to 2.5% and that events in the Ukraine wouldn’t conclude quickly– but we knew neither.

Inflation is now embedded as the UK economy slips down the G7 rankings into stagflation. Central banks have been distracted from their inflation focus with food and fuel costs rising and inflation likely to peak at around 11%. Paul Volker, chair of the US Federal Reserve from 1979 to 1987, tamed US inflation in the early 1980s by raising interest rates, but the cure, a recession, was as bad as the disease.

Higher interest rates have been factored into our profit forecasts, but REIT debt is mainly hedged, so the impact on earnings is limited, and dividends have already been cut where necessary through the pandemic. We think we are close to peak hawkishness and although the real estate markets are left facing higher interest rates, capital values are increasingly reliant on deliverable rental growth.

It’s not the office itself but the commuting schlep that is capping peak office reoccupation rates at around 50%, which remains well below pre-Covid levels through the working week. Covid infection rates are also rising. Swiss bank UBS is now subletting space in its London HQ in a seeming acceptance of hybrid working. It also appears that blue-collar workers in the suburbs are retiring early and exiting the labour pool, while younger workers are upskilling from low-paid McJobs. Office occupancy seems to have peaked, and tenants might start to chip rents down.

Money supply growth is slowing, and its velocity has stalled, as the Bank of England experiments with quantitative tightening (QT). It is reducing its £900bn gilt mountain, which could lead to a shortage of buyers for government bonds. The sterling yield curve term spread (10-year less two-year gilt yields) is flat. A soft landing isn’t out of the question, but a downward-sloping yield curve usually precedes a recession by about a year, in an economy already labouring under a growing debt burden and ageing population demographics.

As a result, REITs are playing ‘buzzword bingo’, with terms like ‘capital recycling’, ‘disciplined investment’ and ‘adding alpha’ on the increase. The problem is that capital allocation got sloppy with a dozen years of low-cost borrowing.

So, 20th-century business models persist into 21st-century real estate markets, as the strategy of investing in ‘beds, meds and sheds’ went mainstream. Student housing specialist Unite Group is now worth £4.5bn – larger than British Land at £4.3bn – having been promoted into the FTSE 100 index.

Many REITs suffer from management intransigence. Andrew Jones, chief executive of LondonMetric Property, has said he sees formerly prime shopping centre rents falling below theoretical ‘sustainable’ levels. Meanwhile, offices requiring high capital spending are ‘melting icebergs of value’ – the browner they are, the quicker they melt. Landsec and British Land were both in the right place at the right time, but neither capitalised on the decade of low rates apart from some recent ‘shed washing’ of its portfolio with the addition of logistics assets, with market valuations 20% and 10% lower than a decade ago.

For too long, REITs hoped to ride out inflation even as their debt underwriting tightened. The resulting low liquidity has led to discounted pricing for out-of-favour buildings. The big buyers have been the North American ‘asset Hoovers’ like Blackstone, Brookfield and Realty Income, but now their cost of capital has spiked, and these price-makers are on the sidelines.

One positive, however, is the current cheapness of prime West End offices when reckoned against barrels of oil, given the double impact of a weaker pound and much higher dollar-denominated oil prices.

Since the global financial crisis, REITs have been diversifying capital away from banks and matching long leases with long debt, but they are price-takers, with around a 5% market share. Gearing is lower, at loan-to-value levels of around 30%, half the level prior to the financial crash, but some REITs continue to hold obsolete retail as the consumer recession bites.

London offices at aspirational prices are now being pulled from sale. We don’t know if there will be a recession, and the economy is marginally above its pre-Covid level, but not on the same trajectory.

After the indiscriminate buying of the quantitative-easing years, we now have a situation where the price of grade-B secondary buildings is the same as prime grade A, on a yield basis. The risk premium between the two is now not only narrower than in 2007 (which led up to the ‘Beggars Banquet’ of REITs rights issues), but it has evaporated entirely.