Two years into the pandemic and two rocky years for the hospitality sector of yo-yoing in and out of restrictions, reaching the pinnacle at the end of 2021 with the well-timed arrival of Omicron (just in time to ruin another Christmas). This resulted in the industry being hit hard during its key trading period for a second year on the run. 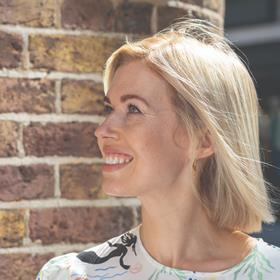 For many operators, the festive period contributes a sizeable portion of the year’s profit, and as diners avoided socialising for fear of spending Christmas alone, operators sat on piles of Christmas stock and staffed empty restaurants – losing on average up to £10,000 per week (according to UKHospitality).

Takings were reported to be down by as much as 60% compared with the same period in 2019. Many restaurants were forced to close early as a hugely diminished clientele coupled with severe staff shortages resulted in it being impossible to continue trading.

With depleted cash reserves and inadequate government support offered for Christmas losses, the industry has started 2022 under intense pressure.

A mounting staffing crisis thanks to the combination of Brexit, the pandemic and an already diminished workforce forced to quarantine has only compounded the problem.

Absences due to staff self-isolating have increased dramatically throughout the past few weeks as a result of the prevalent Omicron wave and will continue to be problematic until quarantine periods are reduced and testing becomes a slicker and less obtrusive process.

As a result, many operators have reported being unable to open at all in early January, new openings have been delayed and many others are operating at reduced trading hours, something that we expect to become the ‘new normal’ with lunch services scrapped and set sittings introduced. The all-day restaurant trend we witnessed a few years back is becoming a distant memory.

Staffing will continue to be a challenge for the industry going forward and as a result we are likely to witness seismic change, with staff wellness prioritised, reduced hours made permanent and a better work/life balance and working conditions sought.

Now that Plan B restrictions in England have ceased, those in urban locations are anxiously awaiting the return of office workers and wondering what the new trading landscape will look like. 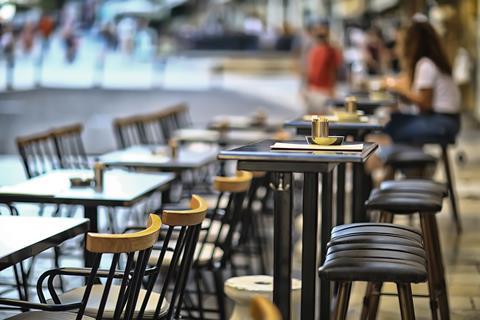 While further restrictions currently look unlikely, this does not mean that the sector does not need further support.

The government needs to acknowledge this and UKHospitality is calling on the government to keep VAT at 12.5% as well as offer enhanced rates relief to encourage the sector back to growth.

For landlords of prime holdings, the pent-up demand for eating and drinking that we witnessed post lockdown in 2021 coupled with the lease moratorium extension resulted in a lack of supply, which kept demand high and rents stable.

As we approach the end of the moratorium in March, we are likely to see some churn but we do not expect a ‘bloodbath’ of sites coming back to the market as once anticipated.

There will be some operators that seek additional support from landlords and, as ever, clear lines of communication between landlords and tenants will continue to be critical in navigating the rocky road ahead this year.

Many of our landlord clients have demonstrated a best-in-class approach, communicating with each of their tenants individually. Shaftesbury is a great example. Through working with its tenants closely, its villages have thrived and arguably become stronger than they were pre-pandemic, attracting new operators and losing few existing. It also recently announced its sustainability and net zero carbon commitment: aiming to be carbon neutral by 2025 and net zero by 2030.

Sustainability will continue to define key trends in 2022 and beyond as customers demand more sustainable practices and operators work hard to minimise price inflation by utilising less commonly seen cuts or those traditionally considered to be waste while considering local suppliers and sourcing.

While it is going to be another rollercoaster year, we remain optimistic. The appetite for dining and drinking out and hospitality experiences has not faltered and there is a sense of making up for lost time.

We expect there to be strong consumer demand this year and plenty of staycations, which will fuel appetite for new sites. Experience, quality and creativity will be key. So now we are emerging from January, get to the pub, book some meals out and, most importantly, be kind.

Camilla Topham is co-founder of Distrkt