In boardrooms across the country, real or virtual, the word ‘sustainability’ is bouncing around like a pinball, interspersed with other words like ‘commitment’, ‘zero’ and ‘Paris’. 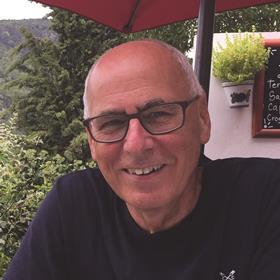 One thing everyone recognises is that with government ramping up its environmental commitments, we’d better start living up to them. Cue mass confusion in drawn-out meetings. The feeling of inevitability, however, is now forcing this hazy concept into focus.

In real estate, the term ‘sustainability’ can be understood almost entirely as one thing – reducing carbon emissions. I won’t repeat all the much-quoted stats on the built environment’s contribution to global carbon emissions, but rest assured they’re not pretty and the problem is getting worse.

In the old days, all of about two or three years ago, we were mainly concerned with making buildings more energy efficient. In this respect, things looked promising. Better thermal insulation provided by modern facades and glazing, LED lighting, energy-efficient central plant and solar panels all seemingly helped buildings make big inroads towards a greener future. What little electricity we still needed could be provided by renewables purchased from energy providers and, hey presto, problem solved.

But then came a fly in our ointment – embodied carbon.

Like the dark matter of the built environment, it turned out we’d been ignoring the bulk of our carbon emissions – those associated with the construction, maintenance and upgrading of buildings.

In other words, not only is the carbon circle hard to square through capital expenditure, but trying to square it can have the perverse effect of making the circle bigger. 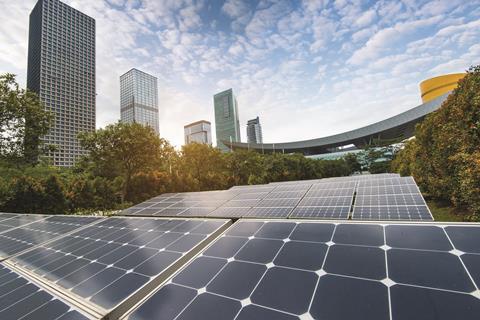 Power play: energy efficiency, not embodied carbon, has been the focus

And, unlike most carbon problems, this one cannot be solved by a wind turbine, because a large chunk of the embodied carbon in buildings comes from the chemical processes involved in making their material, particularly concrete and steel, not from the energy used in the manufacturing process.

As a result, inroads into solving the embodied carbon problem have been far more modest. We can take consolation from the fact that well-designed buildings have the potential to last decades, centuries even, so we might be willing to amortise the embodied carbon cost over time, rather than account for it all on day one. But this is clutching at straws, as scientists seem clear that the carbon problem needs fixing sooner rather than later.

Elephant in the boardroom

There is yet another embodied carbon elephant in the boardroom, which hasn’t even made it on to the agenda of most discussions on sustainability: the embodied carbon associated with tenant fit-outs.

Think the chair you’re swivelling on, the table your coffee rests on, the light fixture above your head, the carpet beneath your feet. This component of embodied carbon is significant (perhaps as much as 10% of the total) and has a relatively short lifespan. Very little, if any, fit-out will make it to the next office when an occupier moves, and very little (but thankfully a growing amount) will be recycled. Most will be trashed every five to 10 years.

The real estate industry has ignored this component of embodied carbon largely because it is seen as the occupier’s problem. This thinking is unhelpful, not least because the industry is far better placed to understand and educate on this topic than the average occupier, but also because the landlord or serviced office provider delivers the fit-out in a growing segment of the market. Also, even a traditionally marketed space finished to ‘Cat A’ includes a lot of floor and ceiling that the landlord knows will be demolished on the way to a finished fit-out, further wasting embodied carbon, but is presented in this way to improve leasing prospects.

The first step on the road to redemption would be for landlords to refrain from finishing space to Cat A. The second step is for the industry to help occupiers better understand the likely carbon footprint of fitted space.

This would involve understanding it themselves. From there, many paths exist to help minimise this footprint, from thoughtful design to the use of low-embodied-carbon materials, to greater use of recycling and circular economy principals. What footprint remains thereafter can be properly accounted for and offset by an appropriate scheme.

It’s time we start recognising and addressing the extent of embodied carbon in tenant fit-outs. Only then will we be able to claim we are taking our role in solving the climate crisis seriously.

Richard Bennett is a director at Morgan Capital